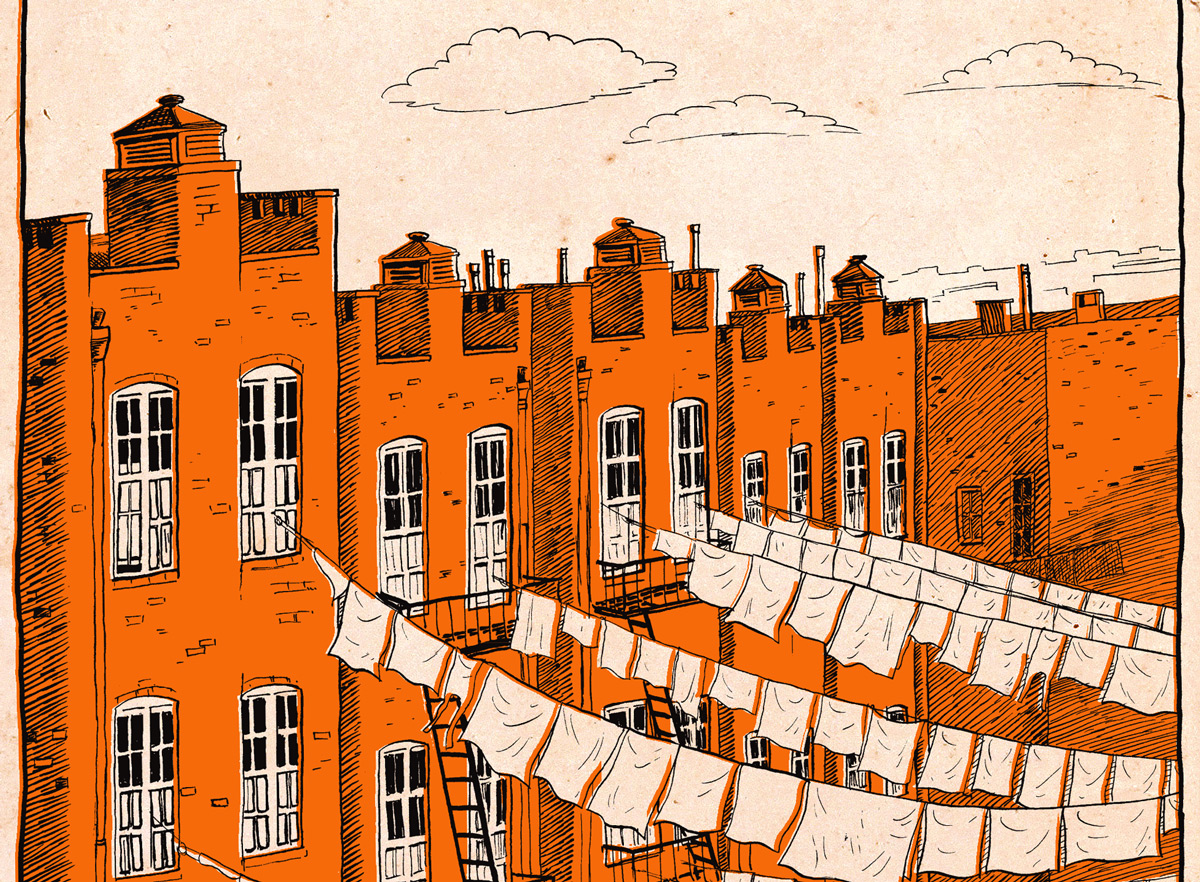 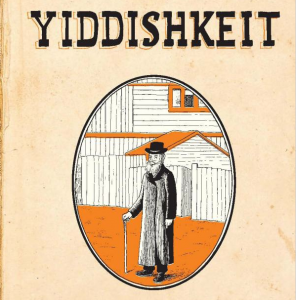 Rudahl will be joined by Hershl Hartman, who assisted Pekar and co-editor Paul Buhle in compiling the wide-ranging overview of Yiddish literature and culture in comics form. A panel of readers will include Dr. Robert Adler-Peckerar, executive director of Yiddishkayt, co-sponsoring the event, and journalist Jeffrey Kaye, author of Moving Millions, a recent study of global immigration patterns. The panel discussion is expected to cover sharp criticism as well as praise for the book, plus some inside stories of struggles in its creation, including the very spelling of its title.

Ranging from the earliest Yiddish writers through such leading entertainment figures as Molly Picon and Zero Mostel, and 21st century recollections of erstwhile Yiddish theater-goers, Yiddishkeit has been described by reviewers as “eclectic…sprawling…improvised…expressionistic” and with other terms befitting its comic book renditions of both serious and light culture. 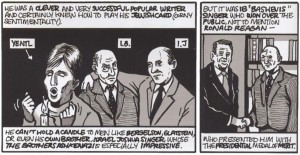 Sharon Rudahl provided outstanding examples of the form in what The Comics Journal called her “delicate, nuanced renderings” in seven contributions, including her own retelling of the Yiddish play and film, Green Fields, and illustration of Yip Harburg’s classic song “Brother, Can You spare a Dime,” highly relevant in our day, according to Hartman.

Admission to the event is free, although contributions to the Workmen’s Circle and Yiddishkayt will be welcomed and signed copies of the book will be available.

The exhibit will remain on display through March.