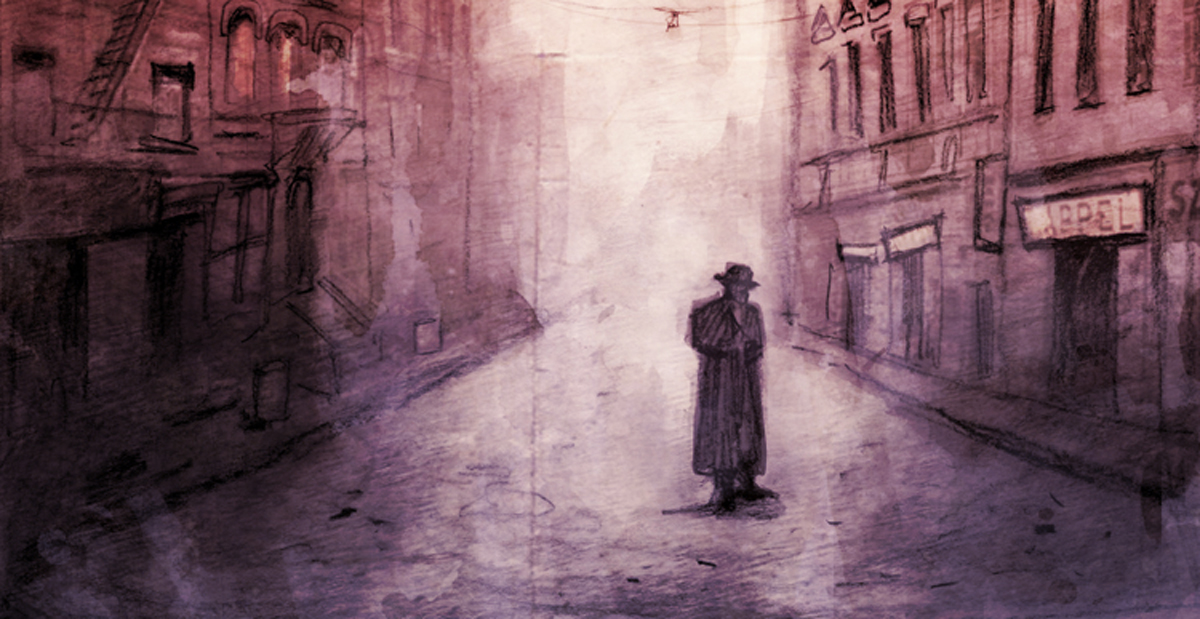 At the New Wilshire Boulevard Temple 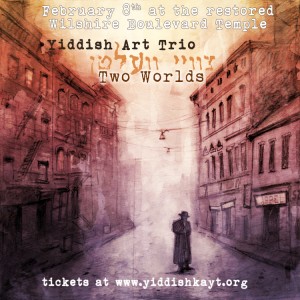 On February 8, Yiddishkayt is thrilled to present Los Angeles’s own rising star of Yiddish music, Benjy Fox-Rosen and the Yiddish Art Trio, for an incredible evening of Yiddish song and the premiere of an extraordinary work, hosted at the magnificently renovated Wilshire Boulevard Temple.

The trio will be performing work from Fox-Rosen’s stunning new song cycle, Two Worlds/Tsvey Veltn based on the poetry of master Yiddish and Polish writer Mordechai Gebirtig (1877-1942) at a concert on Saturday, February 8, 2014 at 7:30 p.m. at the historic Wilshire Boulevard Temple (3663 Wilshire Boulevard in Koreatown). The concert is co-sponsored by the California Institute for Yiddish Culture and Language and the Los Angeles Museum of the Holocaust.

Combining traditional and new genres, Yiddish folk, theater and cabaret music, Fox-Rosen interprets Gebirtig’s poetry and searing depictions of Poland before and during World War II with striking insight and brilliance. Take a look at a recent performance of the work at the Kennedy Center in Washington, D.C. 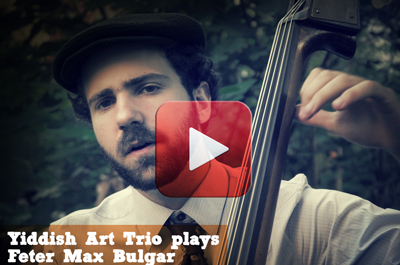 The Yiddish Art Trio features three of the top Yiddish musicians working in the United States today. Blending infectious traditional melodies with new compositions, sumptuous chamber music-like arrangements and breathtaking improvisations, this rising new ensemble is out to redefine the sound of contemporary Jewish music. The trio, known in an earlier incarnation as the Michael Winograd Trio, and has toured nationally and internationally to critical acclaim. These three are stretching the limits of tradition, re-composing and re-contextualizing Yiddish music for the concert hall and the dance floor. They incorporate elements of new classical music, minimalism, art song, as well as Yiddish vocal music, cantorial music and theater music. 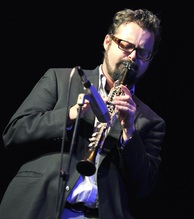 Michael Winograd is a clarinetist living in Brooklyn, New York. He specializes in klezmer music and has played and taught all over the world. Michael has played with Itzhak Perlman, Socalled, Budowitz, Frank London, the Klezmer Conservatory Band, The Painted Bird, Ayelet Gottleib and many more. He is one third of the Yiddish Art Trio, co-leads the Tarras Band, and his newest project, Sandaraa, a collaboration with vocalist Zeb Bangash from Lahore, Pakistan, received the prestigious Map Fund Fellowship in 2013. His most recent album, Storm Game, was released by Golden Horn Records in 2012. 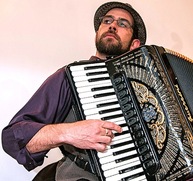 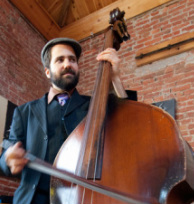 Los Angeles native Benjy Fox-Rosen is a singer, bassist and composer creating new Jewish music. Ranging from re-imaginings of Yiddish art songs to original settings of the poetry of Krakow’s Mordechai Gebirtig, Fox-Rosen’s music has received critical acclaim from around the globe. Hailed by The Forward as “one of the rising stars in the Yiddish music scene.” Fox-Rosen performs with many of the living legends of the so-called Klezmer Revival and In 2012 Fox-Rosen was the recipient of a New York State Council for the Arts Folk Apprenticeship grant. He was also the recipient of a Fulbright research grant for 2012-2013 to Chişinău, Moldova where he was immersed in the shared musical languages of Yiddish and Moldovan music.