Yiddish in the Schools

Since 2005, our language education initiative has been demonstrating the power of Yiddish in Jewish education: to innovate new curricular techniques, and to nurture a core of young leaders who will advocate for Yiddish in the future. Yiddishkayt spearheaded L.A.’s Yiddish language program for elementary and high school students.
[su_frame align=”right”] 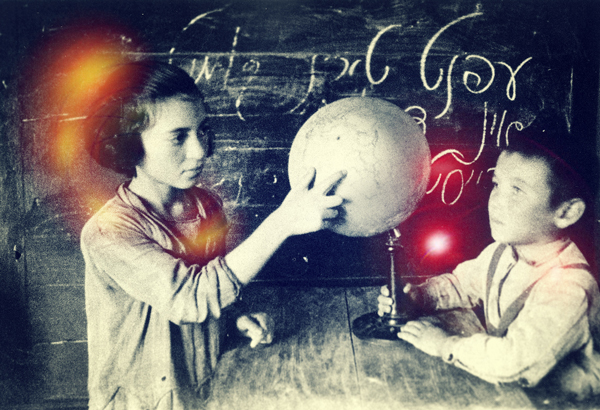 In today’s Jewish day schools and Hebrew schools, young people are being taught a sadly truncated version of their history, which largely skips from Biblical times straight to the holocaust and the subsequent establishment of the State of Israel. Lost in this narrative are the profound developments and contributions of a thousand years of Jewish civilization—its world-class literature, its music and song, its history of social struggle and modernization.

As a result, Jews seeking knowledge about their identity, particularly young Jews, are left with a wholly inadequate sense of their own heritage and a broken historical link to their ancestors. Less than seventy years ago, over seventy-five percent of the world’s Jews spoke Yiddish as their first or only language. As with every language, it embodies the collective experience of the life and history of its people—in this case, the Jewish people. It’s incumbent that we offer our youth the opportunity to explore this essential aspect of their heritage, and thereby serve a greater historical community: the generations of Ashkenazi Jews who, for a millennium, lived, created and struggled in Yiddish. 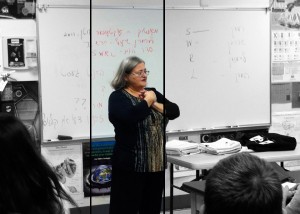 In 2005, with major funding from the Righteous Persons Foundation, we embarked on a three-year pilot program to reintroduce, for the first time in a half-century, Yiddish language and culture as a systematic course of instruction in American Jewish Day Schools.

Our high school curriculum, now in its ninth year at New Community Jewish High School in West Hills, CA, has been approved by the University of California Admissions Board as fulfilling the “Language Other Than English” requirement for university admission.