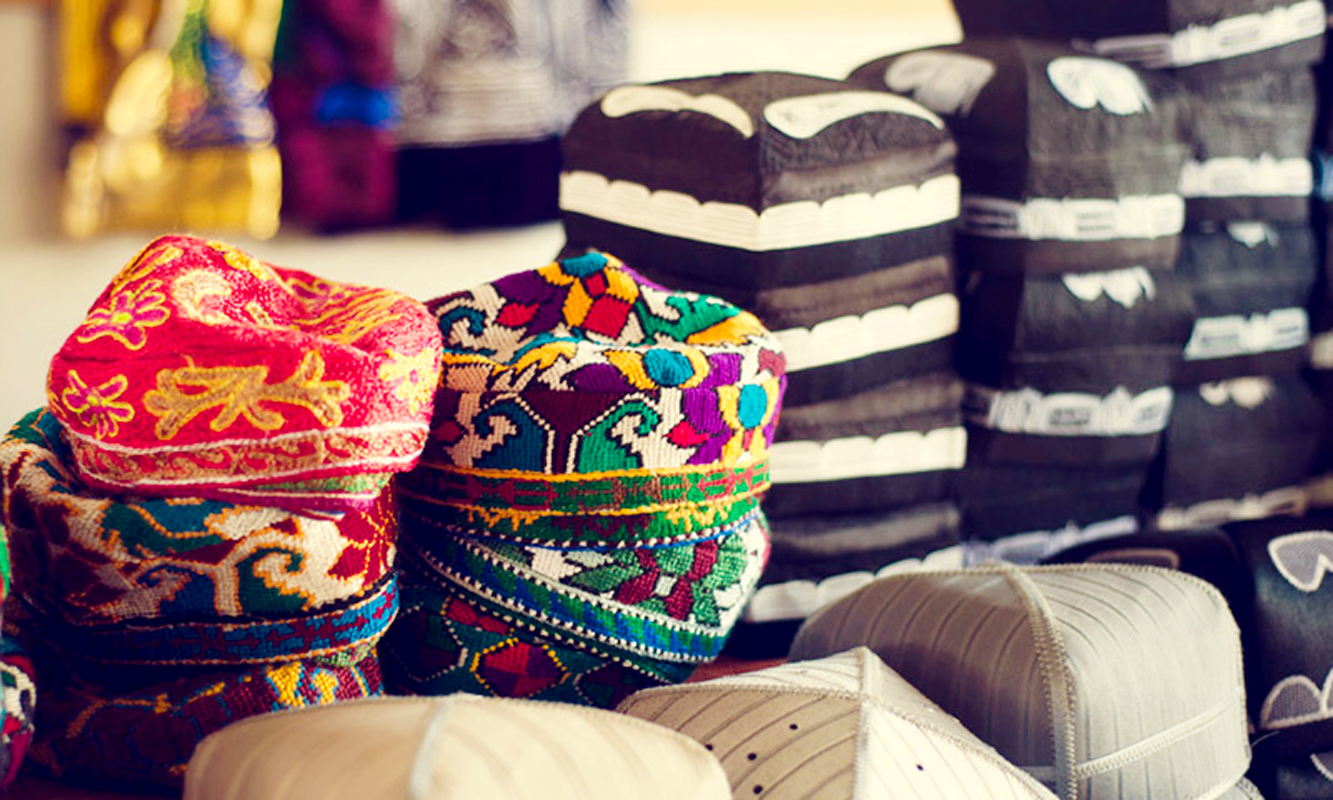 Of Dictionaries and Hats

Of Dictionaries and Hats

“In the Yiddish I spoke all my life ‘moyde’ meant ‘forgive.’ I recently learned that in Hebrew it means ‘thanks.’ I would like to know how this exchange came to be.” 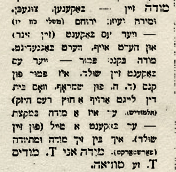 Niborski confirmed that Yiddish uses the Hebrew-origin word moyde in the varied senses of admission, forgiveness…and of thanks. Moyde zayn zikh is to admit to one’s own transgression. Moyde zayn means to forgive another’s misstep. Moyde ani is the beginning of the prayer of thanksgiving (“I give thanks…”) recited by the observant upon awakening and going to sleep.

This apparent confusion exists in Hebrew usage, as well. The Bantam Dictionary defines moda in the Hebrew-English section as “thankful, grateful; admitting.” However, in the English-Hebrew section, both “grateful” and “thankful” are given as asir-toda (which shares the same root as moyde).

Der Vortsman confesses to giving thanks that he’s not a lexicographer (English: dictionary compiler)…

Sholem Aleichem (as his family prefers it be spelled-otherwise, Aleykhem) wrote a story called, in its published translation, “On Account of a Hat.” Der Vortsman was recently involved with a hat of a different color.

We’ve been involved for several years with the re-translation (the original effort was a horror) of the yizker bukh (memorial book) of the Ukrainian shtetl Felshtin. The book, unlike most others of the genre, does not memorialize a destruction during the Nazi-era khurbn (hurban, holocaust, shoah), but the pogrom by Ukrainian nationalists in 1919, during the anti-Bolshevik civil war. It was published in 1936 and hailed as the most impressive of similar books of that period. We referred to the book and its devotedly meticulous editor in our last column. 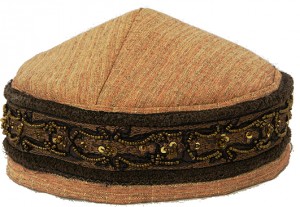 That editor recently asked about a reference in the book to a toterish hut, a “Tatar hat” and wondered whether it wasn’t a typographical error in the original Yiddish, that it should have been a “Tartar hat.” Der Vortsman replied — and a Ukrainian friend of the editor’s confirmed — that “Tatar” was correct and that it referred to the Tatar people. 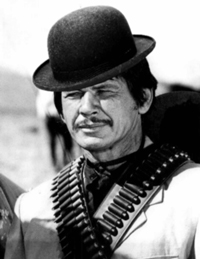 Charles Bronson, son of a Tatar, in a non-Tatar Hat

The Tatars, in fact, once occupied parts of Poland-Lithuania, Ukraine, and Crimea, and small groups remained there after the Russians reclaimed the area. So it made sense that a hat made in the Tatar style or by Tatars would be available in the Felshtin marketplace. Too, there’s the common Yiddish expression redn af toterish (speaking in Tatar) meaning to babble nonsensically.

The recent history of the Crimean Tatars also intersects with recent Jewish history. Stalin’s paranoia led to the mass exile to Siberia of the Tatars during WWII; later, the main charge against the leaders of the Jewish Anti-Fascist Committee in 1949-50 was their “plot with American Jews” to sever Crimea from the USSR and to set up a Jewish state there.

Now, that was nonsensical babble in any dictionary…