Mainstay of the Yiddish Theater

Born Zypora Tanenbaum on January 2, 1916 in Lublin, she acted on the stage in Polish and Yiddish from the time she was 10. She trained as a midwife and, after the Nazi invasion, fled eastward and from there to a labor camp in the Urals. Spaisman delivered more than 1,000 babies while in the camp and on weekends would organize Yiddish theatrical performances in the barracks.

Spaisman came to the United States in 1954 and joined with the Folksbiene then under the leadership of Morris Adler, who gave her the “10 Commandments” of the Folksbiene: “You coming to the rehearsal seven o’clock; you not asking for a part what you like; you asking that the director will give you the part; your not getting paid — not for playing and not for carfare; you have to be on time….” She eventually became the artistic director and remained the company’s lead actress until 1999. She passed away on May 18, 2002. 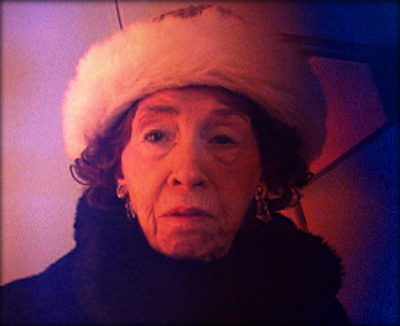 “Theater is the richest place what you can express yourself…We never were sick; we never played with understudies. I had 103 temperature — I came to play. We got an old man that was with us 60 years and he fell on the stage and he got a cut on his forehead and they took him to the hospital. He said, ‘Make the stitches now, because I have to finish the show.’ They was sure that he didn’t know what he was talking. They brought him back, and he finished his show. He said, ‘Nobody will take my place. I have to be here.’”