Paul Levi was born March 11, 1883 in Hechingen, Germany to a Jewish middle-class family. He joined the Social Democratic Party of Germany (SPD) in 1906 and served as Rosa Luxemburg’s lawyer when she was tried for inciting soldiers to disobedience in 1914.

In 1916, Levi settled in Switzerland where he became active with the Zimmerwald Left and the Spartacus League, which became the Communist Party of Germany (KPD).

After the failure of the German Revolution of 1918–1919, and the killing of the KPD’s main leaders Rosa Luxemburg, Karl Liebknecht, and Leo Jogiches, Levi took over as the central leader of the Communist Party. 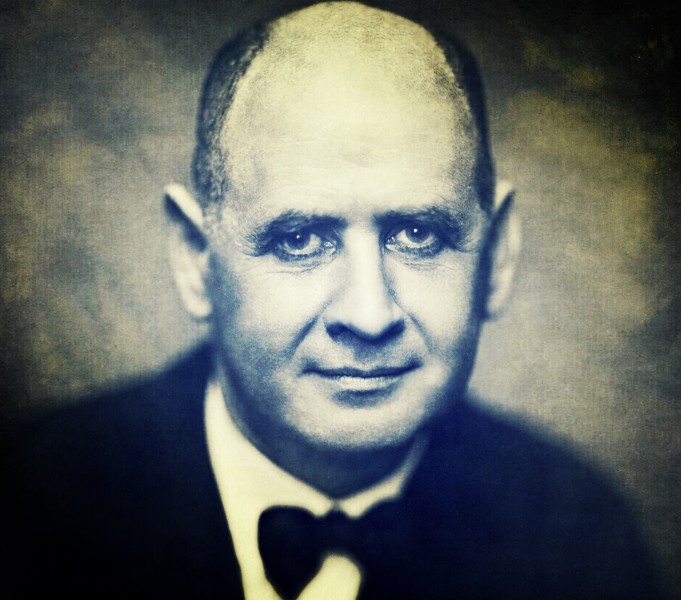 Levi headed the German delegation to the 2nd World Congress of the Communist International in Moscow in 1920. Due to his opposition to the revolutionary tactics of the party majority, Levi resigned from the chairmanship of the Communist Party in early 1921. 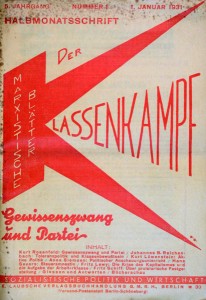 Following the failure of the March uprisings in 1921, Levi was expelled from the Communist Party for publicly criticizing party policies. In 1922 he rejoined the Social Democratic Party of Germany and in 1924 was reelected to the Reichstag and was the intellectual leader of the party’s left wing. He edited the journal Sozialistische Politik und Wirtschaft (Socialist Politics and Economics), which eventually merged with the Social Democratic organ Klassenkampf (Class Struggle). Levi’s greatest professional victory came in April 1929 when, as a defense lawyer, he achieved the acquittal of the journalist Josef Bornstein, who was accused of defaming the public prosecutor.

Less than a year later, on February 9, 1930, Levi (while suffering from a feverish lung infection) fell to his death from his window in Berlin.

After his death the Reichstag held a minute of commemoration during which the representatives of the Communist Party and the Nazi Party ostentatiously left the assembly hall.

He will remain in the memory amongst the few incurable outsiders who are inseparable from the idea that revolutionary politics also involve strong independent individuals, and that, with a man like Paul Levi, one will fare much better than with the polite office-managers of radicalism.

Here’s the anthemic “Einheitsfrontlied (Song of the United Front)” with words by Bertold Brecht and music by Hanns Eisler, urging for a united front of German communists and Social Democrats to defeat the Nazis: