Writer and Star of the Yiddish Stage

Jacob Mestel was born in Złoczów, Galicia (today Золочів, Ukraine) on February 25, 1884. He worked briefly as a teacher and studied philosophy at the University of Lemberg. Mestel began his writing career in 1903 by publishing critical essays in װארהייט (Truth). Beginning in 1906 he published poems in the Lemberg טאָגבלאַט (Daily), יידישע פֿאָלקסקאַלענדאַר (Jewish Popular Calendar), and other European publications. He later moved to Vienna and graduated from a military academy. In 1910, Mestel traveled with the Vienna Yiddish theater performing throughout Austria-Hungary and in Germany. 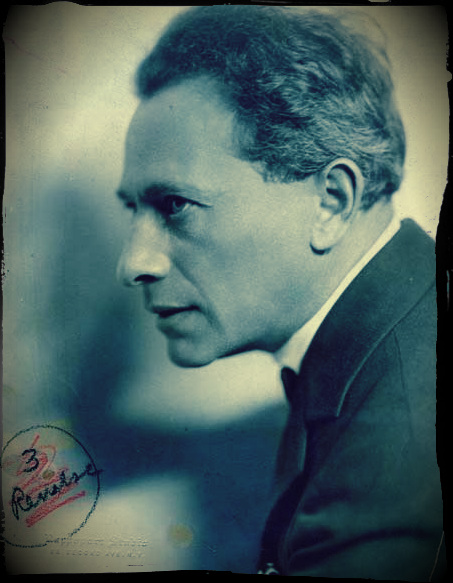 During World War I, Mestel served as an officer in the Austro-Hungarian Army. Upon his return to Vienna in 1918, Mestel studied directing and dramaturgy at the Academy of Music and Dramatic Art in Vienna. He helped organize די פֿרײַע יידישע פֿאָלקסבינע (The Free Jewish People’s Theater) and the first Yiddish drama school in Vienna.

Mestel came to the United States in 1920 and was hired as an actor and director by the Philadelphia Arch Street Theater. Beginning in 1923, he acted and directed in Maurice Schwartz’s Yiddish Art Theater and Jacob Ben-Ami’s Folks-Teater. He toured Europe, North America, and South America with these troupes. In 1925, Mestel became the director of the פֿרײַהײַט דראַמאַטישע סטודיאָ Frayhayt Dramatishe Studio (Freedom Dramatic Studio), which later became the drama school of the Artef (Workers’ Theater Association).

Throughout the 1930s Mestel worked with several theater companies, including the experimental !ניט געדאגהט (Don’t Worry!) in New York. He also acted, directed, and wrote for Yiddish film and radio, including starring in and adapting the screenplays for Yiddish films A Vilna Legend and The Wandering Jew. Mestel acted in English as well, playing the recurring role of Mr. Tobak in the TV show The Goldbergs and in Arnold Shulman’s play Hole in the Head (1957).

Here is a clip from the opening of The Goldbergs, from the early 1950s: 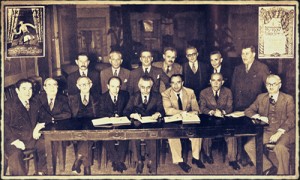 Jacob Mestel (second from right, standing), with other members of the “Theatre Lexicon” committee and representatives of the Yiddish press. Leksikon editor Zalmen Zylberszweig is standing to Mestel’s left, and famous actor Maurice Schwartz is sitting third from the right, circa mid-1930s.

In addition to acting, Mestel continued to build on his career as a writer. He wrote theater criticism for New York Yiddish daily newspapers and was an editor of יידישע קולטור Yidishe kultur (Yiddish Culture) in New York. Mestel also wrote several books of poetry and prose, and was co-editor of the first three volumes of the לעקסיקאָן פֿון יידישן טעאַטער (Lexicon of the Yiddish Theater). He also translated many important American and European theatrical works into Yiddish, among them Arthur Miller’s Death of a Salesman.