His father died in a cholera epidemic only eighteen months after his son’s birth, so Anna and her infant son moved to Shirvint (today, Širvintos) and then to nearby Vilna. There, a family friend Louis Passinock, an amateur violinist who ran a piano shop, took Leopold under his wing and set about teaching him violin and the piano.

Godowsky received no formal training, yet at the age of five, he had composed his first piece—a minuet. 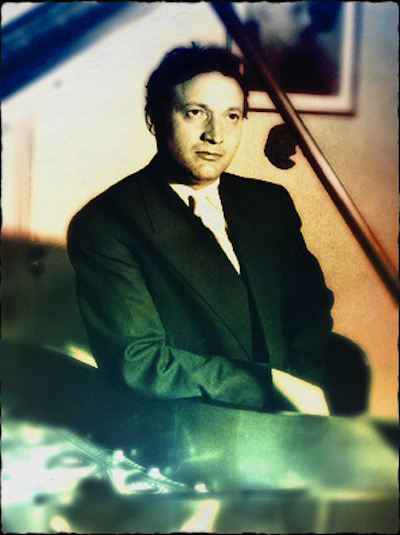 Godowsky made his first public appearance at the age of nine in Wilno, and soon afterwards, made his first tour as a piano wunderkind. The 11 year-old Godowsky quickly made a name for himself.

In November 1884, the family emigrated to America and Godowsky made his debut in Boston as a member of the Clara Louise Kellogg Company.

In 1886, Godowsky met Leon Saxe, a wealthy patron who took him to France to study with Franz Liszt. Liszt died just a few days after Godowsky’s arrival, but Godowsky decided to stay and make Paris his home from the age of sixteen until he was almost twenty-one.

He played for Tchaikovsky, moved in the highest social circles. In 1890 Godowsky returned to America and just six months later, he gave one of the first recitals at Carnegie Hall (2 weeks before it actually opened).

As early as 1892 Godowsky taught weight, relaxation, and economy of motion as the foundation stones of technique of interpretation and mechanism in piano playing. By the end of the 1890s, Godowsky had played all over America and Canada and was a respected teacher at the Chicago Conservatory.

He decided to take a year’s sabbatical from the Chicago Conservatory and try his luck, once again, in Europe. On 6 December 1900, Godowsky made his debut at the Beethoven-Saal in Berlin, and overnight Godowsky was acclaimed as one of the greatest living pianists. In 1909, Godowsky was invited to become the director of the Piano School of the Imperial Academy of Music in Vienna. It was unprecedented for a Jew to hold this prestigious post – and Godowsky negotiated extremely good terms, to make him the highest-paid artist-teacher in Europe at that time.

In the video on the left, listen to a recording of Godowsky playing a Chopin sonata. On the right, hear a performance of one of Godowsky’s notoriously difficult Studies on Chopin’s Études: 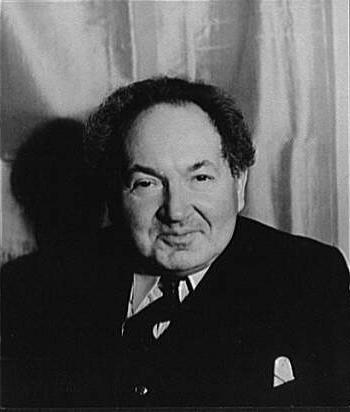 At the onset of WWI, Godowsky and his family set sail for the United States, which would become home for the rest of his life. In late 1916, the Godowskys moved from New York to Los Angeles. Godowsky divided his time between giving concerts, composing, and teaching. His high fees, some shrewd investing, and $80,000 a year from endorsements and various publishing and recording contracts meant that the family could live very comfortably. His hands were insured for $1,000,000.

The family moved to Seattle and then back to New York, but for the next decade, Godowsky spent most of his time traveling and touring all over the world. Arthur Rubinstein once remarked it would take him “500 years of practice” to gain Godowsky’s ability to make his hands, and each one of his fingers – work so independently.

On June 17, 1930, Godowsky suffered a severe stroke. His right hand and reflexes ceased to function and he never played the piano in public again. He died of stomach cancer on November 21, 1938 at the age of 68.