Jakub (Yankev) Zonszajn was born in Łuków January 10, 1914 to a rather impoverished family. He received a traditional education in the town before heading off to Warsaw where he frequented the famed Jewish Literary Union at Tłomackie 13.

He made his literary debut with the publication of some of his poems soon after.

During the Second World War, Zonszajn remained in the Soviet Union. When he returned to Poland after the war, he settled in Wrocław, where he became immersed in the small but influential crowd of returning Jews attempting to restart the small remnants of Jewish culture left in Poland. 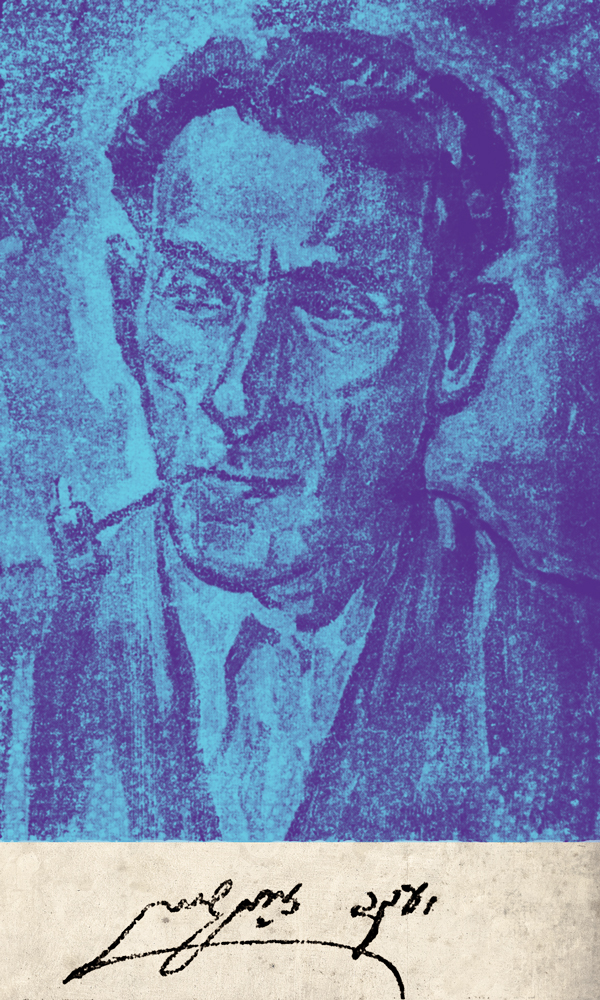 He worked in the Wrocław section of the Cultural Society of the Union of Jews in Poland and took a leading role in the dramatic circle forming in the city. 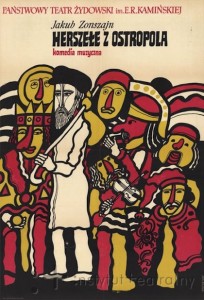 He wrote about Jewish life in Poland for the Yiddish press, literary sketches, and eventually a play, פּראָפעסאָר שוואַרצשטיין (Professsor Szwarcsztajn), and wrote a new version of the classic Yiddish play הערשעלע אָסטראָפּאָלער (Hershele Ostropolyer), which became a standard part of the State Yiddish Theater’s repertoire. At left is a poster for the E.R. Kaminska State Yiddish Theater’s 1953 production of Hershele, or, as it was known in Polish, Herszełe z Ostropola.

In the late 1950s Zonszajn returned to Warsaw where he was secretary of Jidisze Szriftn and rediscovered his poetic talent, formulating his unique terse style in his collections וואָרט און ניגון (Word and Melody) in 1959 and יונגער ווינטער (Young Winter), which was published shortly after his death on February 7, 1963. He is buried in the Jewish cemetery at Okopowa Street in Warsaw.

Many of Zonszajn’s poems were translated into Polish and published in major Polish literary journals and collections. In the introduction to a Polish translation of Zonszajn’s collected verse, the writer Arnold Słucki noted that writers such as Zonszajn should, above all, be considered Polish poets, despite the fact that they wrote in Yiddish.

I’ve taken the sackcloth off my loins,
And washed the ash from my head —
A living miracle
At night —
I wait.

With dawn’s dove you will come.

In the dried out spring
Over our heads,
A new source will burst forth…