Yitskhok Shterkman (later Shterman) who wrote under the pen-name I.B. Tzipor, was born in Făleşti, Bessarabia (today Moldova) on January 20, 1888. When he was four years old, his family moved to Paris, where he went to French schools and received his PhD. 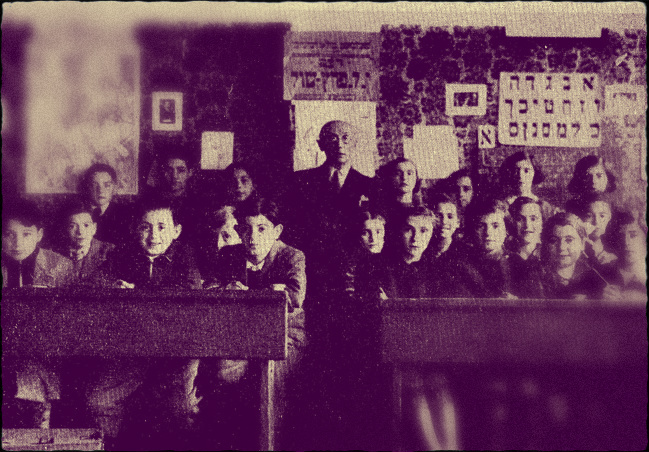 He began his literary career writing in French, publishing his first articles in French journals in 1908. In 1912 he moved to Warsaw and worked as a teacher until the First World War.

Under the influence of Y.L. Perets, he switched to writing Yiddish and debuted with a series of 15 articles in Warsaw’s ייִדישע וואָך Jewish Week. He continued to publish poetry, short stories, plays for children and adults, articles on theater and art, and translations in a wide variety of Yiddish papers and magazines. 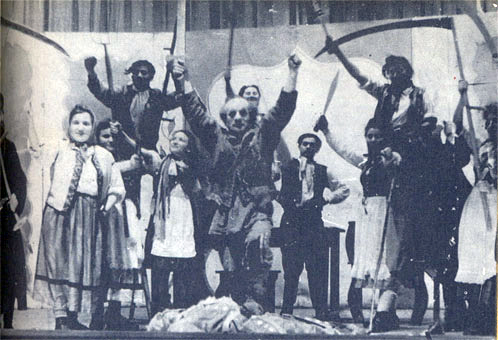 After the creation of the Polish Commonwealth, he lived in Włocławek with his wife and daughter before returning to Paris in 1928 and finally settling in Belgium. There, he founded and taught at the Perets Schools in Brussels and Antwerp. He was active in the Labor Zionist movement in Poland, France, and Belgium.

During the Nazi occupation of Belgium, Shterman fled Brussels and lived in the countryside and in Antwerp, where he was arrested early in 1942 and held in the Mechelen (Malines) transit camp. From there he was deported to Auschwitz where he was murdered. After the war, the יידישע אַרבעטער בינע (Jewish Workers Theater) at the DP camp at Bergen-Belsen performed several of his plays. (see photo at left)

A handful of Tzipor’s works have been digitized and are available online.