The poet best known for writing “The Internationale,” Eugène Pottier was born in Paris, October 4, 1816. A Paris Commune member and transport worker, he wrote his most famous work in tribute to the Commune, and it was later set to music by Pierre Degeyter.

In the period when the Jewish political spectrum extended from leftist Anarchists to Socialists on the right, “Der internatsyonal,” translated by S. An-sky in 1905, was among the most popularly-sung Yiddish songs ever composed. 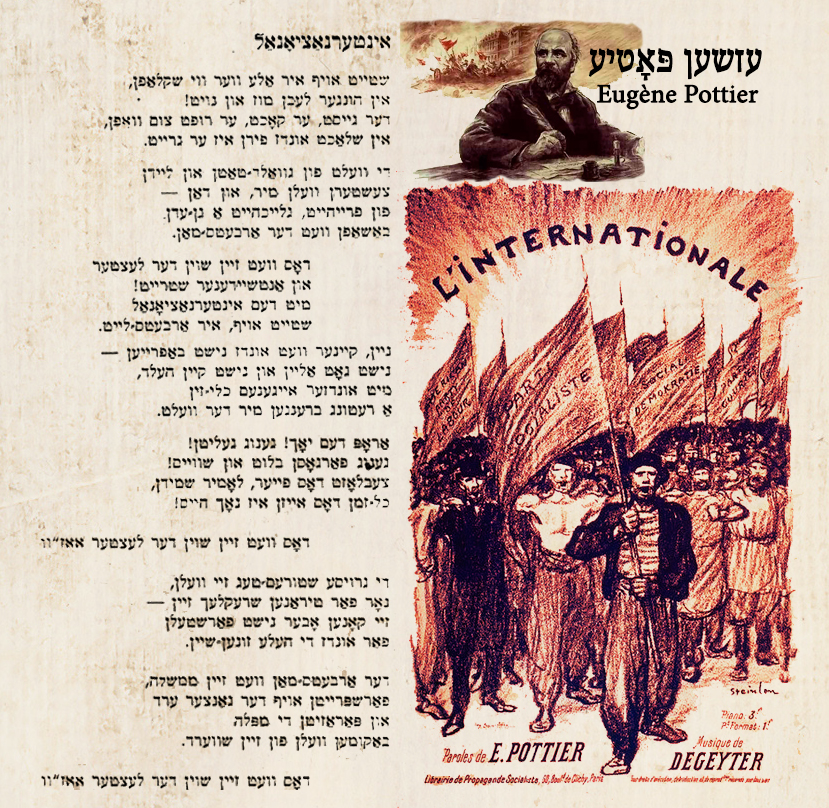