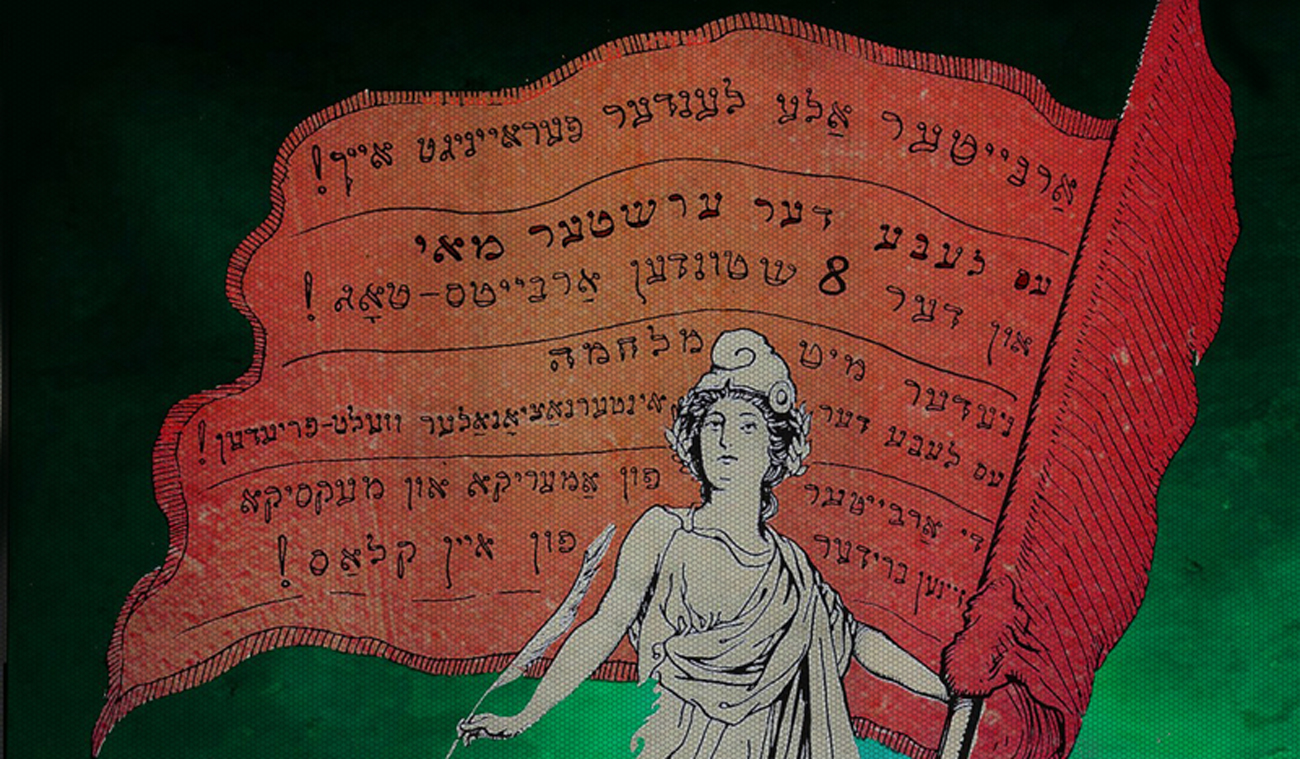 The Salt Sea of Humanity’s Weeping

Beneath the salt sea of humanity’s weeping
A terrible chasm abides
It couldn’t be darker, it couldn’t be deeper —
It is stained with a bloody red tide…

So much of this sea has been filled with the sorrows
Endured by the suffering Jews,
But only the tears of the poor ones are bloody,
The rich cry as clear as the dew.

Yes only the worker, the pauper, the beggar
Belong to the bloody abyss.
While those you call “brother,” the rich and the greedy,
Fly high overhead in their bliss.

The ocean flows over and floods out the levees,
There isn’t a hero in sight,
Yes where are the ones that will stand at the ready
To dive in the chasm and fight?

And who will at last free the worker from slavery,
Give hunger its final relief?
And who will be guiding the pathway to freedom,
To brotherhood, justice and peace?

The children of wealthy, enlightened, the clergy —
Into Zion they call the Hebrews,
We’ve heard this old story before from our enemies
“A ghetto for the eternal Jew!”

They say that they answer the prayers of our fathers
From deep in their graves, hear them call
While souls who are living in sorrow and hunger —
To them they’re deaf as the wall.

Messiah and Jewry are both dead and buried,
Another messiah’s to come:
The new Jewish worker the banner will carry
To signal that justice is done.

The world will be freed and be healed by this hero,
Who dives to the root of its wound!
In Russia, in Vilna, in Poland all hail now
The Great Jewish Worker’s Bund! 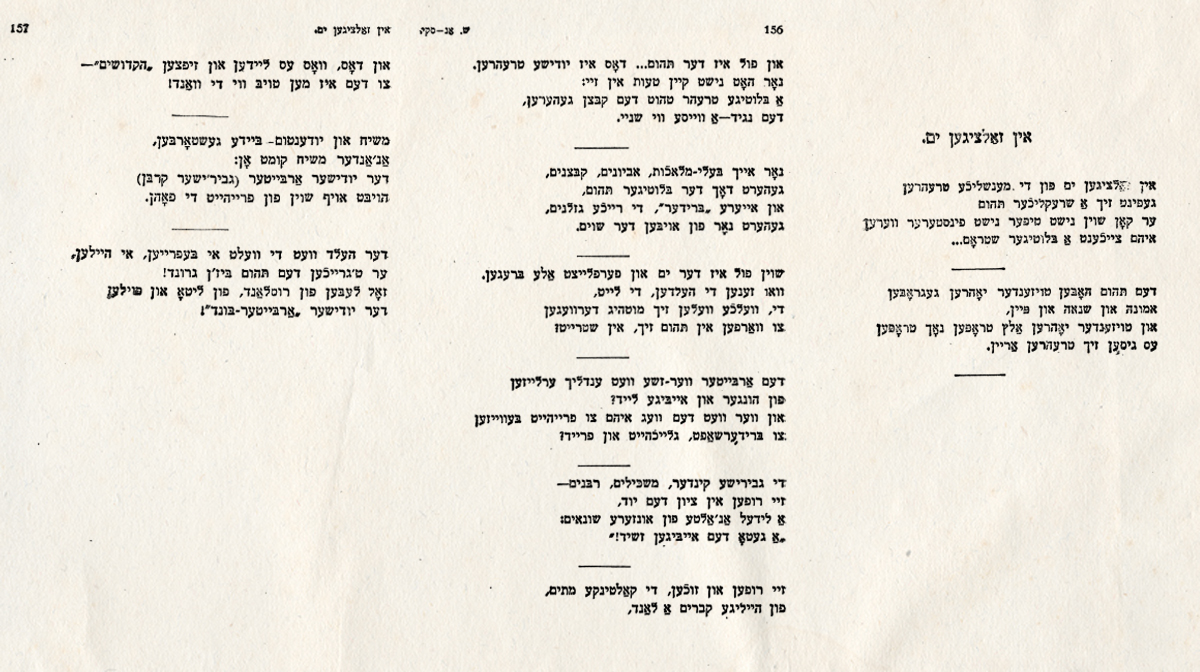