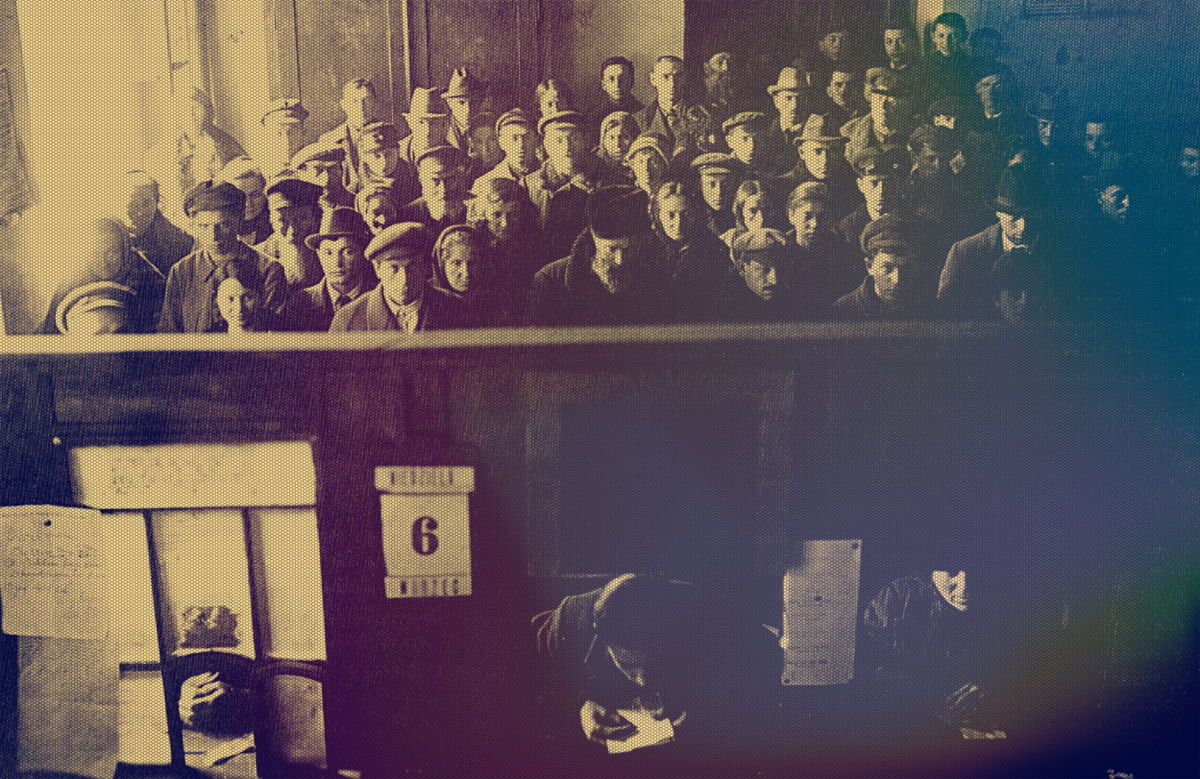 The summer that I spent working as an Arabic interpreter for Iraqi refugees in New Haven, Connecticut, my grandmother casually shared an anecdote from her youth. As a teenager in the years just after the Second World War, she, too, volunteered to interpret for refugees — Yiddish-speaking ones — as they were being processed upon their arrival in America.

An American-born daughter of immigrants, her Yiddish often lacked the sophistication to relay information about the medical screenings and examinations facing her clients. When the doctors requested urine samples, for instance, my embarrassed adolescent grandmother could only manage to ask the refugees for a “glass of their water.” Confused, they diligently filled their cups at the water fountain and handed them back to her.

That story has stayed vividly with me, and not just because it parallels my own experiences doing nearly identical work nearly seven decades later. There is something powerful in the image of my grandmother as a very young woman, offering her two native languages in the service of these strangers, many of whom must have been around her own age.

As a young person, I sometimes find myself craving this evidence of past youth, especially as history tends to calcify memories and narratives. Recently, I have been particularly riveted by the newly digitized collection of Yiddish folk songs recorded in 1948 by Ben Stonehill in a New York hotel lobby, as well as by the Academy Award-winning Polish film Ida and its portrayal of two young, extremely complex Jewish women in post-war Poland.

Then there’s the 1948 Yiddish film, אונדזערע קינדער (Our Children), in which the famed comedians Dzigan and Shumacher, tenderly but honestly interview Polish-Jewish orphans about their wartime experiences in order to learn how to present them on the stage to audiences who had undergone the same trauma. All of these documents preserve, or at least allow us to imagine, moments of deep humanity among those who had survived, but were not defined by, utterly inhumane circumstances.

I was also affected by my grandmother’s use in her story of the word “refugee” to describe people, many of her own generation, who today would receive the honorific of “Holocaust survivor,” or merely “Survivor.”

The historian Peter Novick, in his outstanding book The Holocaust in American Life, quotes scholar Werner Weinberg’s take on the evolution of this terminology: “Immediately after the war, we were ‘liberated prisoners’; in subsequent years we were included in the term ‘DPs’ or ‘displaced persons’… In the US we were sometimes called ‘new Americans.’ Then for a long time… there was a chance, that we, as a group, might go nameless. But one day I noticed that I had been reclassified as a ‘survivor.’”

In Yiddish, the word for refugee is “pólet.” Its Hebraic (as opposed to Germanic or Slavic) derivation places it in the category of “holy tongue” words, along with both the sacred (e.g., “shabes” for Sabbath) and the profane (e.g., “hashtóne” – a more genteel term for urine). While the word “polet” had been used for centuries to refer to anyone fleeing calamity, the unique situation of the largely Yiddish-speaking refugees in post-war Europe prompted the resuscitation of a Biblical variation: sheyres hapleyte, or, literally, “remnants of the escape.” Strangely, the places where it appears in the Bible don’t refer to Jews and, in fact, things ended badly for these remnant refugees, like in I Chronicles: “And they smote the remnant of the Amalekites that escaped (sheyres hapleyte lamolek), and dwelt there unto this day.”

Regardless of origins, there is clear distinction between the term sheyres hapleyte and the modern Hebrew “nitsol shoah,” which would more literally translate to the English “Holocaust survivor.” Sheyres hapleyte evokes a millennia-long chain of human plight, of people who, though out of the immediate danger of war and genocide, were still stranded, homeless, traumatized, and in need of aid. On the other hand, as Werner Weinberg wrote, “Holocaust survivor” is “a constricting designation that can easily make its bearer appear – to others and himself – as a museum piece, a fossil, a freak, a ghost.” 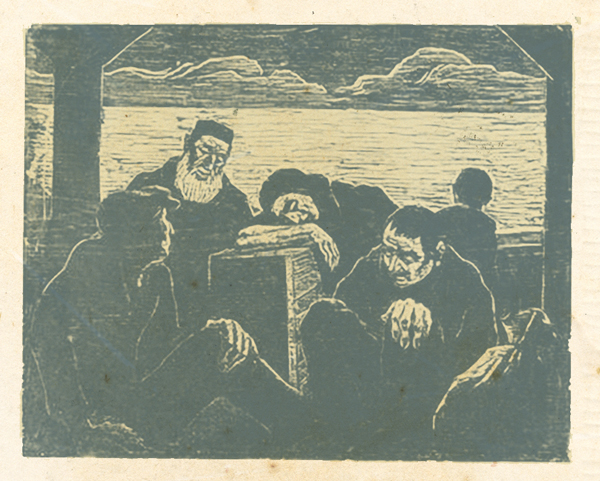 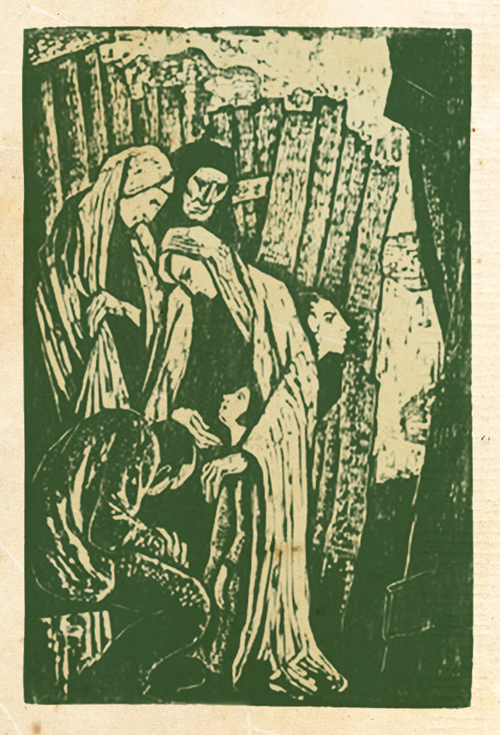 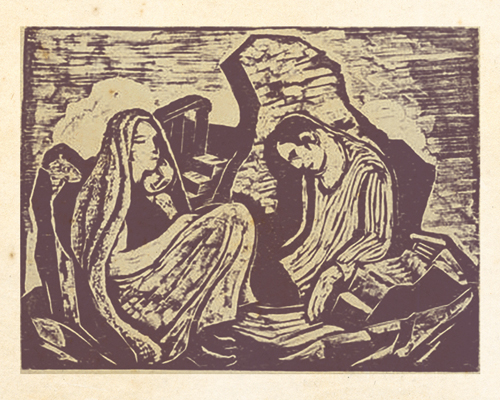 Growing up, I was told in Hebrew school that my generation would be the last to hear the firsthand testimonies of living Holocaust survivors. And though they had, for the most part, lived through World War II at an age not much older than ours, it was as wizened prophets that we were to remember them. It is as elderly “Survivors” that their testimonies have been recorded and archived. Now their very likenesses are being turned into holograms by the organization charged with preserving this testimony so that future generations might have the “immersive, interactive 3D experience,” that I was lucky enough to witness in the flesh.

Two months ago, on Istanbul’s Istiklal Street, I saw some of the hundreds of thousands of Syrians who now inhabit the Turkish metropolis. Mostly young people, they were walking, alone or with friends or with family. They were eating ice cream. They were gathering in clusters around men with ouds and accordions to sing songs from the homes they’d left behind, songs like the Palestinian anthem (now the Arabic anthem of all the stateless and dispersed), “Mawtini (My Homeland)” and the classic Lebanese chanteuse Fairuz’s “Nasam alayna al-hawa (The Wind Blew upon Us).”

As they sang to the wind blowing in off the Bosphorus, asking it to take them back to Syria, I reveled in the humanity of the moment, in the sometimes unbelievable coexistence of the joy of song and the physical and emotional trauma of war.

Like many others in the crowd that night, and somewhat like Ben Stonehill at the Hotel Marseilles in 1948, I felt compelled to take out my phone to capture not just the music, but what it represented. These people, sleeping in the streets and finding shelter in the abandoned buildings of the city – are they migrants or are they refugees? Even in their own native Arabic there are multiple terms being used, from nāziḥ (closer to migrant) to lājiʼ (refugee), each with its own set of connotations. But in Yiddish there is no doubt: they are pleytem and, literally speaking, they are truly sheyres hapleyte, the living legacy of disaster.

Whether in Syria or Jordan, Turkey, Hungary, or Germany, they are the ones who remain following the flight from their embattled homes, who continue to survive the uncertainties and humiliations of every day.

In the summer of 2015, there were over one-third of a million Syrian refugees in Istanbul of the nearly two million in Turkey. Here a group of musicians plays the anthem — originally Palestinian, but now of all stateless people — Mawtini (My Homeland).

A clip from the 1968 Lebanese film Bent al-Hares (The Guardian’s Daughter), featuring the great singer Fairuz performing her classic hit “Nasam alayna al-hawa (The Wind Blew Upon Us),” whose refrain repeats the verse — “Let me go back, let me go back to my land.”

While I don’t want to draw fruitless comparisons between World War II and modern-day conflicts, I can’t help but wonder whether some of these millions of dispossessed individuals will one day be graduated to that special lifelong status of “survivor” and that their testimonies and songs will be deemed deserving of posterity. But we don’t need to wait for history to make its own conclusions. We have our tongues, our pens, our cameras, our wallets, and our hearts with which to welcome, aid, and stem the human tide which has been flowing since well before the chronicles of the Amalekites.