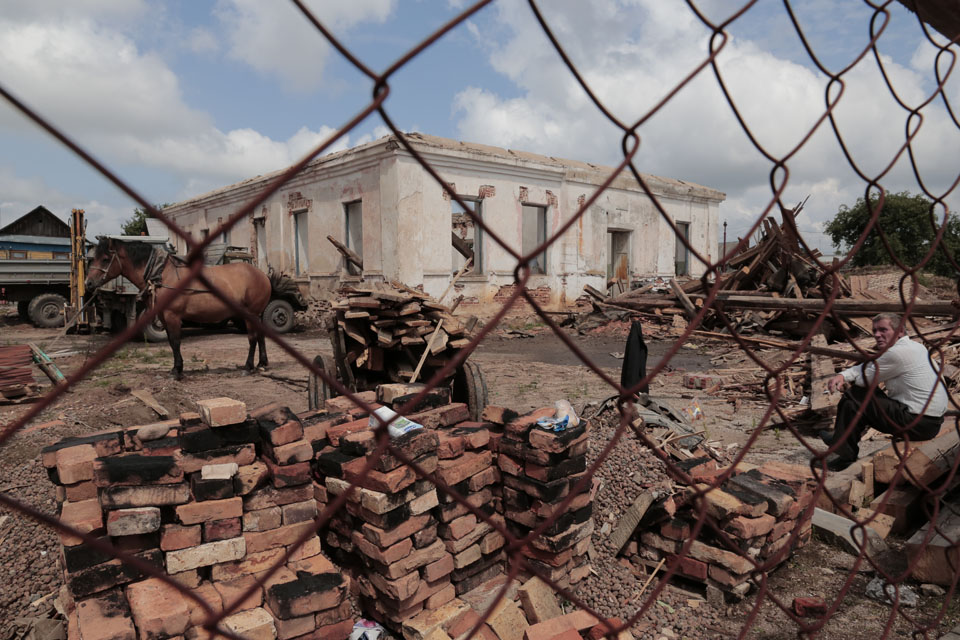 It’s been a couple months since I’ve returned from our second summer running the Helix Project in Eastern Europe. This year we led a group of 15 students through an amazing educational experience. We began here in L.A. with pre-trip workshops and then travelled to Minsk, Grodno, Kaunas (Kovno), Vilnius (Vilna), and beyond, to learn about Jewish writers and poets in the places that they once worked and lived. As you can imagine, we have some amazing stories to tell. Please see some incredible images from our expedition, below.

While we were traveling through Belarus, our State-supplied bus was emblazoned with the words (in English on one side and Belarusian on the other): Ministry for Emergency Situations. At first this seemed simply comic, but as we traversed the White Russian countryside, we began to realize how appropriate this was. The rich memory of Yiddish culture in its historical heartland is being reduced to oblivion. 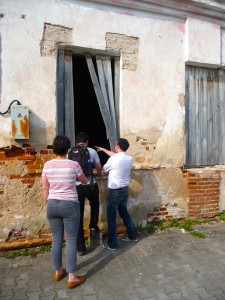 Since our first trip, just one year ago, we learned that the last survivor of the Bielski partisan village living in Belarus, who we met last year, has died; we came across the only remaining building of the famed Mir Yeshiva — which our group explored last year — being demolished; and only the very oldest inhabitants of the towns we visited carry with them a living memory of a time when their streets resounded with Yiddish and were alive with Jewish culture.

We had clearly arrived during an emergency situation: The vibrance of Yiddish culture’s legacy, proof of the creative possibilities that are achieved when cultures are open to one another is being reduced every day to gray slab memorials that mark victories of intolerance and hate. 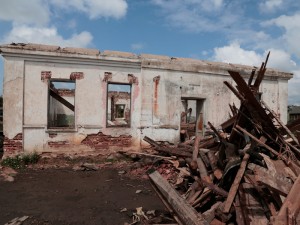 The same building in July 2013

We at Yiddishkayt approach Jewish culture as world culture — using Yiddish as a model of the creative possibilities that occur when cultures mix together and fuse. The Yiddish language is a living record of the cultural, linguistic, and socioeconomic exchange that historically defined Jewish life and continues to characterize our increasingly diverse multicultural world. The very language itself is a rich demonstration of cross-cultural interaction and fusion.

Yiddishkayt continues to pay a certain price for our insistence that Jewish culture can be understood and appreciated broadly and by insisting that Jewish culture not be examined as particular cultural property or as a way to turn inward, but rather as an opportunity to see how people of differing nationalities, languages, and religions can create together. When we visit places where Jews once lived — but live no longer — we also see, in the most palpable way, the terrible dangers of insularity and intolerance.

We continue in our mission exclusively because of contributions of families and small family foundations who understand that Jewish culture, like every world culture, is a complex network of many things and cannot be reduced to any one element. It is my utmost hope that this year more will join us and help foster programs like ours that encourage us to use our history and culture to explore what unites humanity rather than to push us to serve only ourselves.