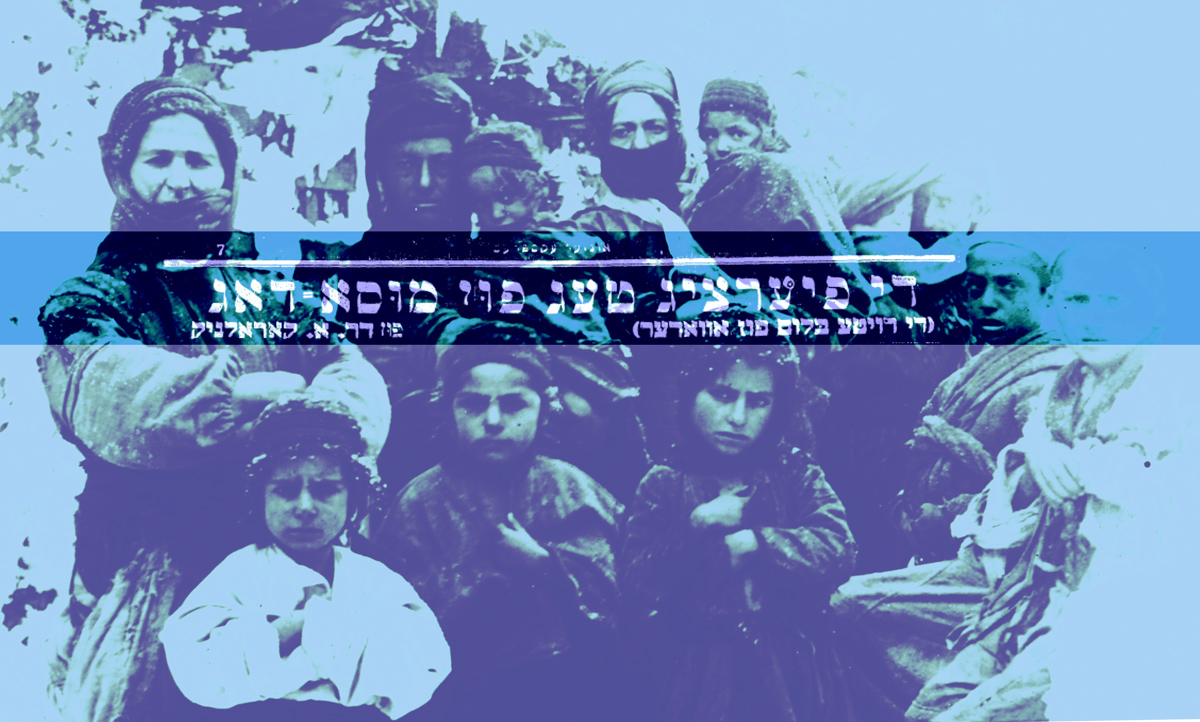 The One Hundred Years of Musa Dagh

The One Hundred Years of Musa Dagh

Today is Armenian Genocide Remembrance Day, this year marking a century since the Ottoman Turkish authorities began rounding up, deporting, and executing the Armenian intelligentsia of Constantinople, an event that preempted the eventual killing of as many as 1.5 million Armenians in the Ottoman Empire. To commemorate this day, so important to Los Angeles and other population centers of the global Armenian diaspora, I wanted to write something about Jews and Armenians from a Yiddishist perspective. It seemed like a ripe, but impossibly broad topic, so I did what I often do at these moments: I fished for a lede in one of the digital Yiddish publications archives by typing out the word “Armenish” (אַרמעניש) in Jewish characters. There were more articles and pamphlets about Aramaic than Armenians, true, but I eventually found something promising indeed: a 1935 article from the Warsaw Yiddish newspaper “Unzer Ekspres” — all about Jews and Armenians! It was as if the author, one Dr. A Krolnik, had already done my work for me. Here are some of the quotes I pulled from my first skim:

We have a brother, the only brother in the world, and he is a foreigner.

One must have a sharpened eye to recognize who is a Jew and who is an Armenian.

These two nations, Jews and Armenians, with the same seal of sadness upon their foreheads, wanderers all over the world, scattered across all the seven seas, always persecuted and constantly the victim of foreign ambition, and both with an iron will to live, peoples of endless patience.”

Dr. Krolnik’s inspiration for these declarations was The Forty Days of Musa Dagh, a novel by the Austrian Jewish writer Franz Werfel. Werfel based his book on events he witnessed during the 1915 genocide of Armenians in the Ottoman Empire. Besieged by Turkish troops intent on massacring them, the villagers of Musa Dagh successfully resisted a forty plus day siege before their eventual rescue by French and British ships. Another Westerner who reported on atrocities against Armenians was Henry Morgenthau, Sr., the American ambassador to the Ottoman Empire — and a Jew as well.

Following its 1933 publication, Werfel’s novel apparently became very popular among Jewish readers, who could identify with the plight of the Armenians during a time in which Europe was growing increasingly anti-Semitic. When Metro-Goldwyn-Mayer acquired to the rights to adapt Musa Dagh into a film, the Turkish government protested; facing the threat of a retaliatory Turkish boycott of Jewish business, MGM never made the film. Meanwhile, Hitler had the novel banned in Nazi Germany. In the eyes of Zionists in Mandatory Palestine, Musa Dagh validated their worldview that the diaspora was an inherently dangerous, even deadly place for Jews. During World War II, the book helped inspire the Jewish inhabitants of the Bialystok and Vilna ghettos to revolt against their Nazi captors. Emmanuel Ringelblum, historian and chronicler of life in the Warsaw Ghetto, observed and recorded that Jews were reading Werfel inside the ghetto; he mused as to whether anyone wondered what those Armenians had read or thought in besieged Musa Dagh. After the details of the Nazi genocide became clear, readers marveled at how Werfel could have described such similar conditions and methods of murder in his novel, years before.

One of the essays we ask students on the Helix Project to read before they travel to Eastern Europe comes from Michael André Bernstein’s book Foregone Conclusions: Against Apocalyptic History, and deals with the concept of historical “backshadowing.” “Backshadowing,” writes Bernstein, “is a kind of retroactive foreshadowing in which the shared knowledge of the outcome of a series of events by narrator and listener is used to judge the participants in those events as though they too should have known what was to come.” This mechanism is at work in the dominant contemporary narrative of Eastern European Jewish history: that nearly two millennia of Jewish life and civilization in Europe were merely a lead-up to its inevitable destruction in the years between 1939 and 1945. On a personal, non-academic level, backshadowing is the impulse, upon seeing a photograph of a Ukrainian shtetl or reading a poem from interwar Poland, to shake one’s head and say, “poor things, if only they’d known” before wondering which massacre or death camp claimed the lives incompletely contained in these artifacts. Such thinking, argues Bernstein in his essay, is ahistorical, morbid, and fatalistic, and this point is what we try to communicate to our students as we travel through Eastern European towns that once were home to thriving Jewish communities. To backshadow our way through shtetls and poems is to see nothing but death.

As fully aware as I am of Bernstein’s warning against it, sometimes I find myself, too — automatically, almost viscerally — falling back on this kind of historical fallacy. I read the words of a Jew like Dr. Krolnik and, just barely resisting that urge to search for his name on lists of victims and survivors, find it hard to believe that he and the other European Jews reading The Forty Days of Musa Dagh didn’t sense their own approaching doom. In our apocalyptic history, we reduce the Armenian genocide (or any other genocide) to a series of abstract, tragically unlearned lessons — to ask which lessons sends us down a blind path of counter-factuals and victim-blaming. Do we really care what the people of Musa Dagh or Bialystok thought or read, what their lives were like before the apocalypse came, or nearly did, and history suddenly took notice?

Perhaps Dr. Krolnik really did believe that systematic ethnocide would decimate Europe’s Jews as it had Turkey’s Armenians, and that’s why he wrote this article that I happened upon, possibly the first person in seventy, eighty years to do so. As you’ll recall, he began his article by asserting that the Jews “have a brother, the only brother in the world, and he is a foreigner.” Krolnik ends his article thus:

An old Armenian saying goes: ‘It’s no use having a brother; if it were of any use, God would have created a brother for himself.’ And indeed, so it goes: all of Christendom was silent, nobody raised a cry, nobody empathized. Only [Henry] Morgenthau, the Jewish ambassador from America moved worlds [for them], and only Franz Werfel, the Jewish poet, gave the world the saga of Armenia. It is of use to have a brother.

I see in Krolnik’s words that desire, which is very much alive today, to claim righteous Jews as his own, to posit that it was their Jewishness — which is also his Jewishness — that motivated their acting on the right side of history. At the same time, I am also reminded of another author whose work was read in the ghettos: Yitskhok Leybush Peretz, one of the “fathers” of modern Yiddish literature. On the cover of the December 1940 issue of “Yugnt Shtime,” an underground newspaper published by Bundist youth in the Warsaw Ghetto, a reader of Yiddish can make out a verse from Peretz’s poem “Brider,” which is still occasionally sung to the tune of “Ode to Joy”:

All are brothers, are all sisters:
Brown, black, yellow, white. A label
Splits them into tribes and races —
But it’s just a made-up fable…

What idea could be more distant from Krolnik’s than this one? One could argue that Krolnik is being descriptive, and Peretz prescriptive. But Krolnik’s idea of Jewish-Armenian brotherhood, one that rests solely on a perceived common “lachrymose” history of persecution, hardly seems accurate these days. Armenia is reportedly the most anti-Semitic country in Europe, and the Israeli government, the self-proclaimed heir and mouthpiece to millennia of diasporic Jewish history, will not recognize the 1915 massacre of the Armenians as genocide. The two animosities feed each other, as does all mutual distrust, even between “brothers.” 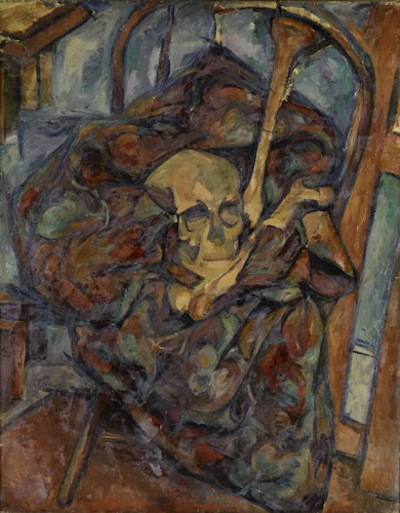 If there is a Krolnik School of brotherhood and a Peretz School, I belong to the latter. With the right means, I could admiringly compare the architecture and chants of the Armenian churches and Jewish synagogues of Lviv, Tehran, Calcutta, Glendale, and Singapore. Or I could walk down Hollywood Boulevard and see how the old Yiddish printing houses lie in what is now Little Armenia, whose vibrant historical murals and memorials bleed into Thai Town, how both neighborhoods are now dotted with Salvadorean pupuserías and Pentecostal storefront chapels that blare out Spanish-language worship music on weekday nights.

I could knock on each door and ask the people who answer about the books on their shelves, or what words like “genocide,” “diaspora,” “exile,” and “history” mean to them. I’m sure some would give me answers charged with particularism, parochialism, chauvinism; some would slam the door in my face. But I hope that some would take the time to speak, and tell me of crimes and triumphs I’d never heard of.

The optimist in me doesn’t believe that the answers, though each unique, each crucial, would fundamentally be so different. It’s not unlike the way the Thai, Armenian, and long-faded Jewish letters on Hollywood Boulevard start to blur on their signboards when dusk falls and the world’s many stories — told and untold, recognized and denied — settle in for the night.