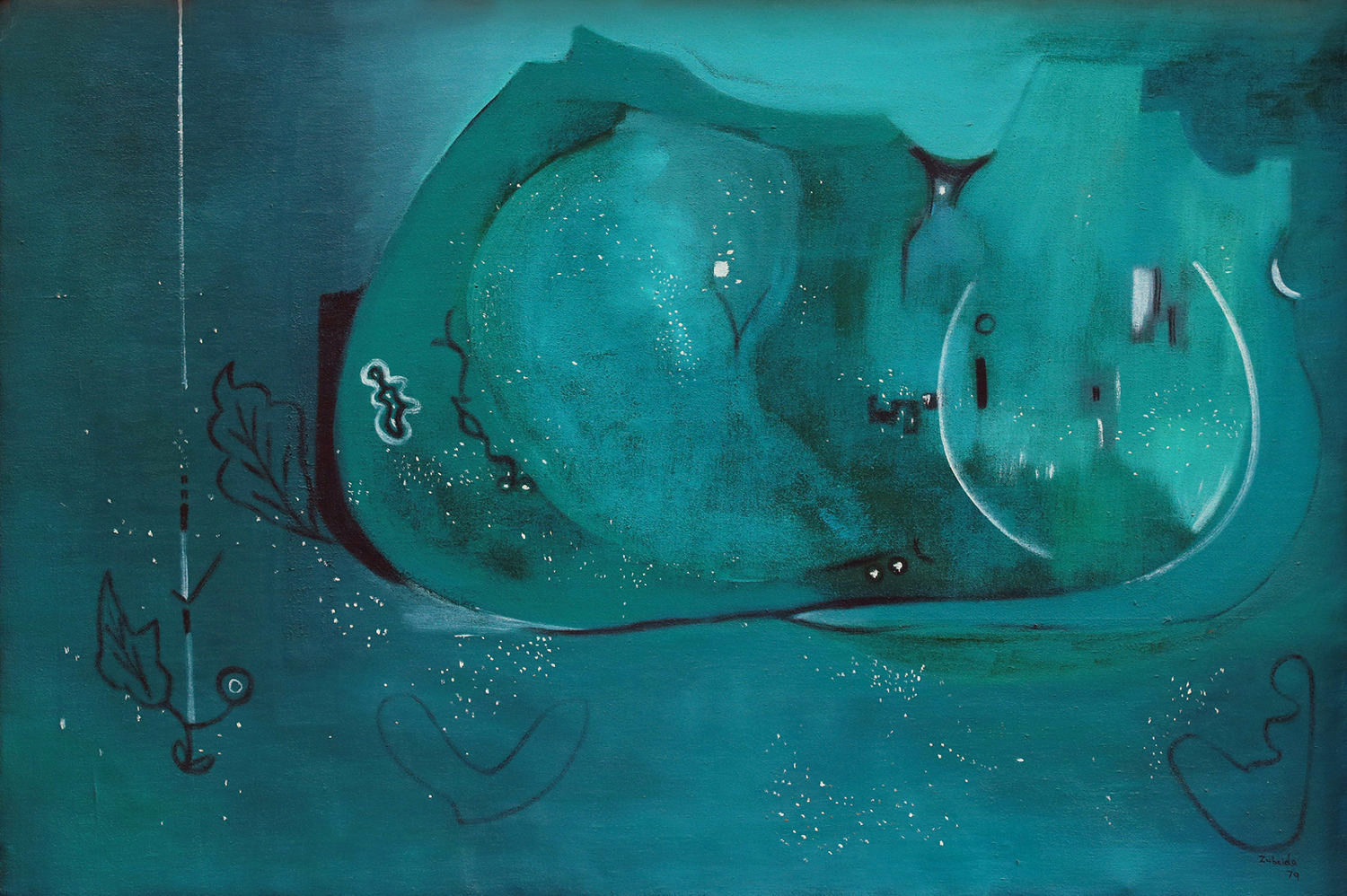 Homesickness! Silly fallacy
laid bare so long ago.
It’s all the same where I’m to be
entirely alone —

it’s all the same across what stones
I lug my shopping basket,
toward some house as alien
as a hospital or barracks.

I do not care what faces see
me bristle like a captive lion,
or out of which society
I’m quickly forced into my own

fenced realm of silent feelings.
I’m like an iceless polar bear —
just where I fail to fit (won’t try!)
and am belittled, I don’t care.

My native tongue will not delude
me with its milky call.
I won’t, I can’t be understood
in any tongue at all

by passersby (voracious eaters
of newspapers, milkers of rumor) —
they’re of the twentieth century,
and me — no time is home to me!

Dumbfounded, like a log that fell
on an abandoned lane,
all is the same to me, all, all
the same, and what has been

most dear to me now matters least.
All signs, all memories and dates
have been erased:
A soul born — any place.

My homeland cared for me so little
that the most clever snoop
could search my soul for birthmarks — he’ll
find nothing with his loupe!

Yes, every house is strange to me
and every temple — barren.
All, all the same. Yet, if I see,
alone along the verge — a rowan…

Hear a recitation of Marina Tsvetaeva’s “Homesickness” in the original Russian by the great Soviet-Russian actress Alisa Freindlich.

Widely considered one of the greatest Russian poets of the twentieth century, Marina Tsvetaeva spent over twenty years of her life outside of her native Russia. The interwar period, during which she lived mostly in Czechoslovakia and France, was artistically productive but emotionally difficult. Tsvetaeva felt alienated among the Russian émigrés of western Europe who suspected her of being pro-Soviet; unbeknownst to Tsvetaeva, her husband was working as a Soviet spy. Yet Tsvetaeva knew that she would be coldly received in Soviet Russia for having emigrated after the Revolution and Civil War.

Tsvetaeva wrote “Homesickness” in 1934, while living in Paris. The poem describes a feeling of utter alienation and solitude that is constant and independent of place: “It’s all the same where I’m to be / entirely alone —” The images and metaphors the poet presents could apply just as readily to her existence as a foreigner in Paris as they would to an imagined return to Russia.

What I find especially bitter about the poem is its self-awareness. Homesickness as a concept is a sort of balm, a comfortingly reliable ache that anyone away from home (whether voluntarily or not) can nurse when facing adversity in their new surroundings. “The grass is always greener” is of course a fallacy, which Tsvetaeva sharply identifies in the first line of her poem. Having thought herself out of this fallacy, however, Tsvetaeva only telescopes deeper into the truth: that she does and will not feel “at home” anywhere. And this applies to time as well as to place. After all, the word nostalgia comes from the Greek words meaning “homecoming” and “ache,” though it has come to mean a yearning for the past. Even living in a time of revolutions, Tsvetaeva understands that nostalgia is also a fallacy: her contemporaries are “of the twentieth century, / and me — no time is home to me!”

There is some (surely intentional) irony in Tsvetaeva’s comments about language: “My native tongue will not delude / me with its milky call.” Tsvetaeva continued writing in Russian after emigrating, and her writings were published in the émigré Russian press. She has earned a reputation as a master of the Russian language, and her formally and semantically complex poetry is notoriously difficult to translate. But even a love and mastery of her native tongue wasn’t enough to connect her to her fellow Russian speakers, whether in Russia or abroad: “I won’t, I can’t be understood / in any tongue at all / by passersby (voracious eaters / of newspapers, milkers of rumor) —” Indeed, Tsvetaeva was shunned and blacklisted by a major Russian émigré newspaper for corresponding with the Soviet poet Vladimir Mayakovsky. A common language was not enough to create connection or understanding between Tsvetaeva and her fellow émigrés. And this gave her no reason to think that a return to Russia would be any different. Perhaps to be a poet is to be constantly misunderstood

“Homesickness” could be seen as a kind of premature ode to “rootless cosmopolitanism,” a nineteenth-century term revived by Stalin after World War II to smear (primarily Jewish) Soviet citizens as unpatriotic and pro-Western. Though it may have an appealing sort of ring today, “rootless cosmopolitan” was a damning accusation, not an ideology or self-chosen label. What Tsvetaeva describes in “Homesickness” (written, of course, before the Anti-Cosmopolitan Campaign), is not an ideology either, but an unchosen state of being, perhaps innate or caused by bitter life experience. Tsvetaeva compares herself bleakly to “a log that fell / on an abandoned lane” – uprooted, anonymous, dead. Is such rootlessness liberating or oppressive?

I ask myself how a person so detached could continue to write poetry of Tsvetaeva’s depth and calibre. The answer might lie in the poem’s mysterious and abrupt ending: “All, all the same. Yet, if I see, / alone along the verge — a rowan…” An unexpected image is enough to break through the hard, disillusioned worldview that Tsvetaeva lays out in “Homesickness,” one in which “All signs, all memories and dates / have been erased.”

There are some kinds of longing which cannot be erased or controlled. We can think ourselves out of the fallacy only so much. Where this poem ends, a very different one begins.

Agha Shahid Ali (1949-2001) was raised in Kashmir and at age 27 emigrated to the United States, where he lived the rest of his life, writing in English. His poetry frequently engaged with the subjects of immigration, foreignness, and the political strife and violence in Kashmir.

“Land” was published in 2001, the year of Ali’s death, in a collection of ghazals. The ghazal is a traditional Arabic poetic form, long popular in Central and South Asia. The form consists of a series of discrete couplets, linked in meter, rhyme, refrain, and/or theme. Appropriately for Ali, ghazals traditionally address (romantic or divine) love and the pain of separation from the beloved. In the introduction to an anthology of ghazals in English, Ali wrote “One should at any time be able to pluck a couplet like a stone from a necklace, and it should continue to shine in that vivid isolation, though it would have a different lustre among and with the other stones.” “Land” does not follow a strictly consistent form, but its “lustre” comes from the word “land” ending the second line in every couplet, and a rhyme in the syllable preceding each “land” (“promised land”… “capitalist land”).

Ali’s repetition of “land” forces the reader to think about the word’s many meanings and associations, geographical and physical space versus abstract and sentimental place. The effect is both gorgeous and dizzying. How can land be “promised,” “capitalist,” “prejudiced,” “tourist,” “atheist,” or “dismissed”? These words describe the people who live on land and the societies and systems they build – not the land itself. A land is only “prejudiced” because its dust is made of destroyed mosques. A land is only “dismissed” through the words of “Doomsayers.” But of course we need these labels to make sense of the world and the upheaval brought about by our moving within it.

At times it seems that we can pinpoint what land he might be referring to in an individual couplet: “Long years ago we made a tryst,” for example, quotes the speech given by Jawaharlal Nehru, India’s first Prime Minister, at the moment of Indian independence. The word “tryst” connects Nehru’s grand narrative of history and nation with a romantic affair between lovers – the pledge to be redeemed might be political, or deeply personal and individual.

There is also a haunting sense of regret throughout Ali’s ghazal, perhaps because he wrote it as he was dying of cancer. “Is my love nothing for I’ve borne no children?” is a line from the poem “Sappho” by American poet James Wright. Ali may be imagining an “anarchist land” where he, Sappho, and other poets marginalized and misunderstood by society will feel their passions validated. And then there is the pathos-filled image of “the blind hold[ing] temples close to their eyes / when we steal their gods for our atheist land.” It echoes Tsvetaeva’s “every temple — barren.” What is holy for the settled is desolate for the homeless.

Ali is not quite as unsentimental about homesickness as Tsvetaeva. While he may not consider it a fallacy, it is certainly a paradox: “If home is found on both sides of the globe, / home is of course here—and always a missed land.” But maybe always feeling like your home is in two places at once is the same as having none. I believe Marina Tsvetaeva would have understood what Agha Shahid Ali meant by “the moment the heart turns terrorist.” Just as a land can never be promised, a heart cannot truly terrorize anyone, except perhaps its owner. But regardless of the alienated conditions of their hearts, neither Ali’s nor Tsvetaeva’s arms were broken; they continued to write poems, receive butterflies, gather rowanberries….

Swear by the olive in the God-kissed land—
There is no sugar in the promised land.

Why must the bars turn neon now when, Love,
I’m already drunk in your capitalist land?

If home is found on both sides of the globe,
home is of course here—and always a missed land.

The hour’s come to redeem the pledge (not wholly?)
in Fate’s “Long years ago we made a tryst” land.

Clearly, these men were here only to destroy,
a mosque now the dust of a prejudiced land.

Will the Doomsayers die, bitten with envy,
when springtime returns to our dismissed land?

The prisons fill with the cries of children.
Then how do you subsist, how do you persist, Land?

“Is my love nothing for I’ve borne no children?”
I’m with you, Sappho, in that anarchist land.

A hurricane is born when the wings flutter …
Where will the butterfly, on my wrist, land?

You made me wait for one who wasn’t even there
though summer had finished in that tourist land.

Do the blind hold temples close to their eyes
when we steal their gods for our atheist land?

Abandoned bride, Night throws down her jewels
so Rome—on our descent—is an amethyst land.

Listen to a musical adaptation of Agha Shahid Ali’s “Land” performed by Theo Beckmann & the Westerlies. 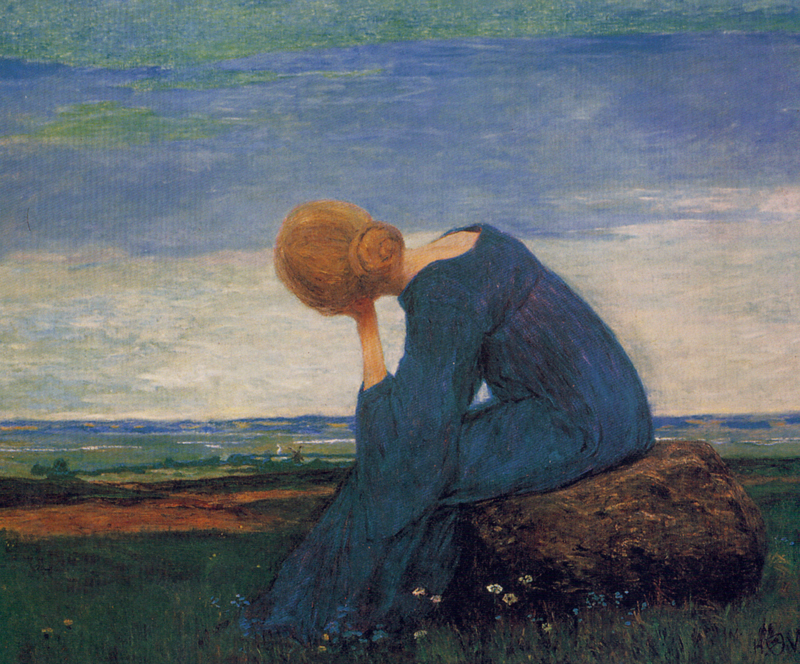 Marina Tsvetaeva, “Homesickness” translated by Boris Dralyuk, from The Heart of a Stranger: An Anthology of Exile Literature, edited by André Naffis-Sahely, Pushkin Press, 2020. Used by permission of the translator.