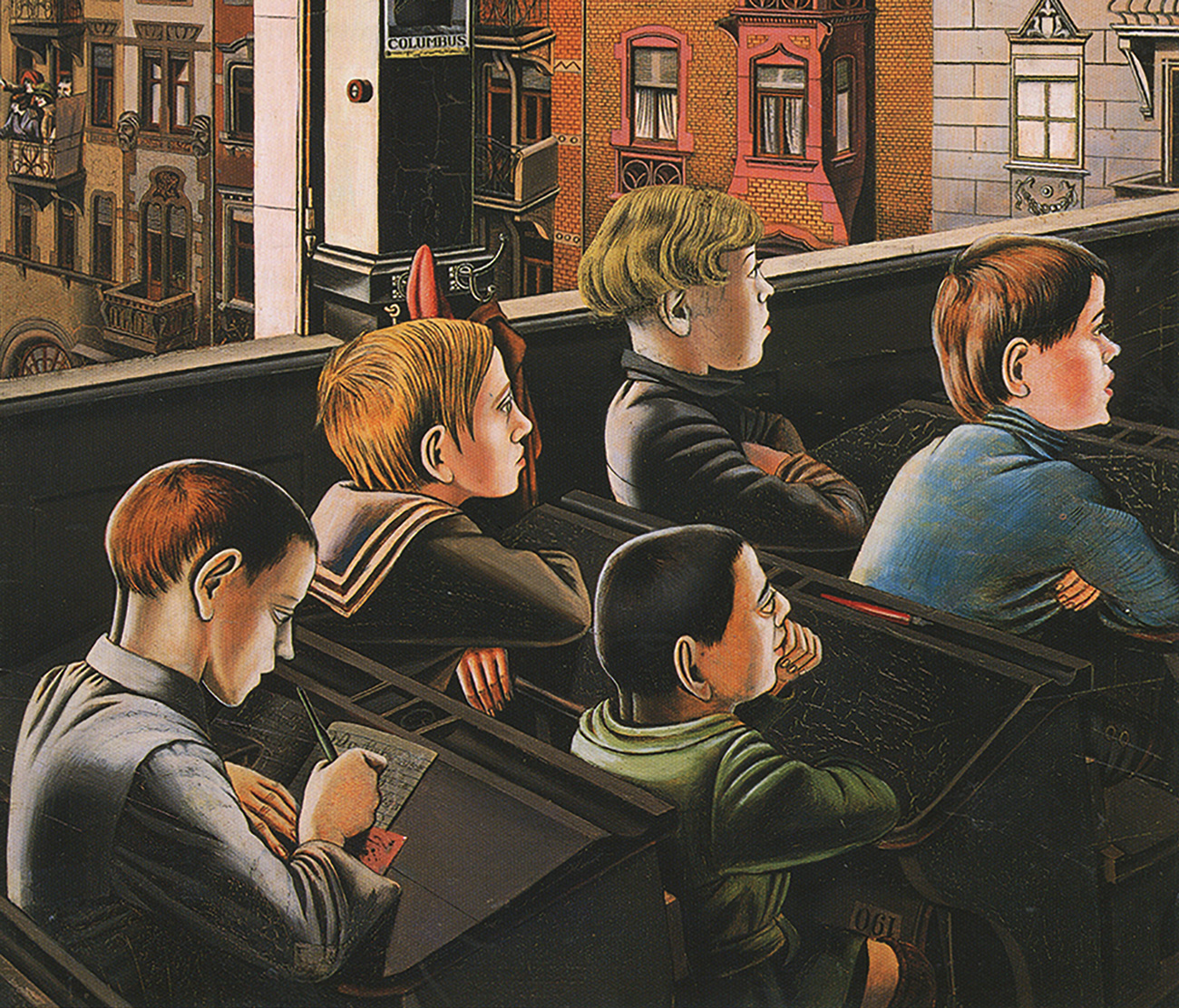 May ko mashme-lon? The rain:
What’s it have for me to hear?
Just its drops upon the windows
Rolling down like sullen tears.
And my boots are ripped and torn
And the street is getting muddy.
Winter will soon be coming
I have no coat to bundle up with.

May ko mashme-lon? The candle:
What’s it have for me to hear?
The tallow spits and gasps and drips
And it soon will burn no more.
I too sputter in this classroom,
Like a weak and flickering candle,
And I too will be extinguished
On the quiet eastern mantel.

May ko mashme-lon? The clock:
What’s it have for me to hear,
With its painted yellow numbers
With its ringing, with its swearing?
It’s an artificial vessel.
It does not live and does not feel.
Come the hour, it must strike,
Without choice and without will.

May ko mashme-lon? My life:
What’s it have for me to hear?
Wasting, withering in my youth,
Grown so old, though young in years.
Eating days and gulping tears,
Sleeping on hard fists gone numb,
Dying here in this cruel world,
Waiting for the world to come.

Listen to the great tenor Louis Danto sing this poem

“May-ko Mashme Lon” is an Aramaic phrase meaning “What does this tell us?” It is a prompt for a student to give a Biblical or Talmudic analysis, and it would have been very familiar to Avrom Reyzen and virtually any Yiddish reader with a traditional Jewish education. The speaker of the poem is presumably a young boy in a religious school who uses this rhetorical question to ponder his material existence. With the rhythm of the phrase marking each stanza, he lets his mind wander over the worldly objects he sees in the classroom, drawing from each one a profound image of sadness and mortality. The similes are uncomplicated but moving, and they show perhaps the first critical thinking of a boy taught by rote (like a clock, which “must strike / without choice and without will’) and likely ignorant of any secular studies, including the science behind the dripping rain, the sputtering tallow candle or the ticking clock.

For all the value generally placed on religious education in Eastern European Jewish society, the life of a yeshive bokher was often brutal. The exhausted, malnourished students were expected to study night and day in the yeshivas, and their instructors could be emotionally or physically abusive. Poor students studying far from home, for whom scholarly achievement was generally the only means of socio-economic ascendance, were dependent on “esn-teg” (“eating days”), a system in which a local family would feed a student for one day per week out of charity. In the poem’s final, heartbreaking verse, Reyzen plays with this phrase, placing “esn-teg” in a hunger diet of misery and wasted time alongside “shlingen trern” (gulping tears).

The young student despairs over the possibility that his prized religious education — and the values on which it is based — amount to nothing but complacency with poverty and inequality. Avrom Reyzen and so many others of his generation would not be content to merely wait for “oylem habe” (“the world to come,” meaning life after death or the time of the Messiah). Many would leave the insular world of the Yeshivas and work as secular poets and revolutionary activists to build an “oylem haze” (“this world”) worth living in and fighting for.

In his own title, American poet Philip Levine offers some context for the anecdote described in “M. Degas Teaches Art and Science at Durfee Intermediate School – Detroit 1942.” But it begs many questions: M. Degas? As in Monsieur Edgar Degas, the impressionist painter, who died in 1917? OK, probably not… But why are art and science being taught as one subject? Have the teachers been drafted to fight in World War II, and is this the school’s way of cutting corners? Or is merging of subjects just the student’s interpretation?

Like Reyzen, Levine centers his poem around a repeated, rhetorical question: “What have I done?” Unlike Reyzen, Levine presents the action that prompted the question: the drawing of a single, diagonal line on a chalkboard. The students’ attempts – at turns sarcastic, groveling, and sincere – to make sense of the teacher’s cryptic action are interspersed with the narrator’s impatient visions of life outside the classroom.

Transported into the mind of this child, we ourselves are forced to wonder: What is Degas doing? Does he have an answer in mind? Is he trying to teach them a lesson, or is he just killing time? The tension builds, and like the narrator we begin to resent the stuffy, uncertain classroom and crave a Milky Way bar and the “new winds” of April. The end of the poem (“I looked back for help, but now / the trees bucked and quaked, and I / knew this could go on forever”) seems to mark a lifelong break in the child’s thought process. He has realized that education is not a matter of pleasing one’s teachers, or giving the right answer before the lunch bell rings: instead, the world is an endless series of curious, mysterious and unanswerable things, things that puzzle even adults.

What Levine is depicting is the rather traumatic-feeling birth of an artist or a scientist, one who in their own way tries “to separate the dark from the dark” and searches forever for answers to their own questions.

He made a line on the blackboard,
one bold stroke from right to left
diagonally downward and stood back
to ask, looking as always at no one
in particular, “What have I done?”
From the back of the room Freddie
shouted, “You’ve broken a piece
of chalk.” M. Degas did not smile.
“What have I done?” he repeated.
The most intellectual students
looked down to study their desks
except for Gertrude Bimmler, who raised
her hand before she spoke. “M. Degas,
you have created the hypotenuse
of an isosceles triangle.” Degas mused.
Every one knew that Gertrude could not
be incorrect. “It is possible,”
Louis Warshowsky added precisely,
“that you have begun to represent
the roof of a barn.” I remember

that it was exactly twenty minutes
past eleven, and I thought at worst
this would go on another forty
minutes. It was early April,
the snow had all but melted on
the play grounds, the elms and maples
bordering the cracked walks shivered
in the new winds, and I believed
that before I knew it I’d be
swaggering to the candy store
for a Milky Way. M. Degas
pursed his lips, and the room
stilled until the long hand
of the clock moved to twenty one
as though in complicity with Gertrude,
who added confidently, “You’ve begun
to separate the dark from the dark.”
I looked back for help, but now
the trees bucked and quaked, and I
knew this could go on forever.

Jacques Prévert’s “Page d’écriture” (Exercise Book) features some of the same existential questions as Reyzen and Levine’s classroom poems. From the very beginning, we hear the boring, ineffective and irrelevant rote memorization of arithmetic.

The kids in Prévert’s class seem a bit younger than Reyzen’s yeshiva bokher or Levine’s Detroit middle schoolers, and maybe their minds are a bit more free and resilient in the face of their teacher’s drudgery. They don’t even need to limit their daydreaming to what is in or directly outside the classroom: the child summons a lyrebird, which, as it turns out, is a real bird, but native to southeastern Australia and not usually found flying around the suburbs of Paris.

The lyrebird is famous for its vocal versatility and its ability to mimic other birds as well as non-animal sounds it hears around it. The child pleads for the bird to “save” him, but from what? The day’s boring math lesson? Or maybe a more sinister way of viewing and explaining away the world? Were it not for the song of the lyrebird, the math exercise could literally (with apologies and a nod to Philip Levine) have gone on forever. But no, the child discovers that “twice sixteen makes nothing / least of all thirty-two.”

While the first-person narrators of Reyzen and Levine’s poems express a deep loneliness of perspective, all the children in Prévert’s class are able to hear the bird, and they all join in the game, chasing off the numbers as if they were pests.

When “the walls of the classroom quietly crumble,” we see a parallel with Levine’s narrator, watching as “the trees bucked and quaked.” I think Prévert is playing with the notion of what “elementary” means. Numbers and arithmetic are elementary, in one sense, but once the schoolchildren finish counting backwards (unlearning, so to speak) they manage to see how everything around them in the classroom is, in the simplest sense, artificial: made from something else.

I don’t believe that Prévert is making an argument for music or poetry against math. Like M. Degas at Durfee Intermediate School, the lyrebird is teaching both art and science, new ways of hearing and seeing. Unfortunately, not all students have the privilege of learning from a M. Degas. And I wonder how many students accused of and punished for “playing the fool” are really just playing and singing with their own lyrebirds.

Watch and listen to a delightful rendition of Prévert’s “Page d’écriture” as performed by French crooner Yves Montand. And below, hear the amazing mimicry of the Australian Lyre Bird, introduced by David Attenborough on BBC Earth. 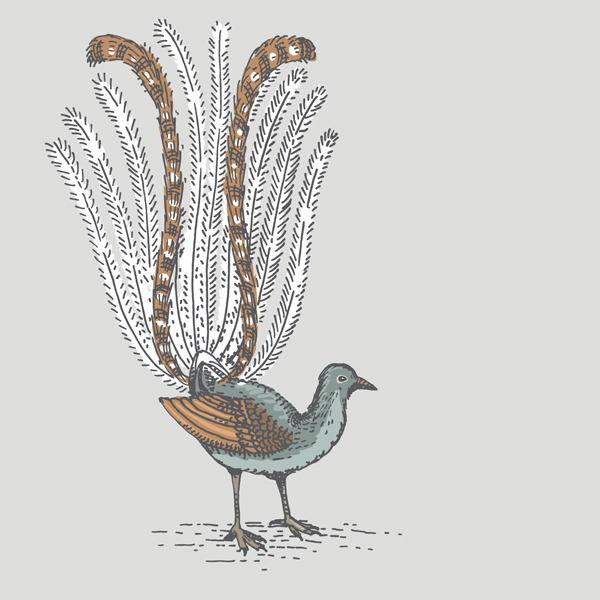