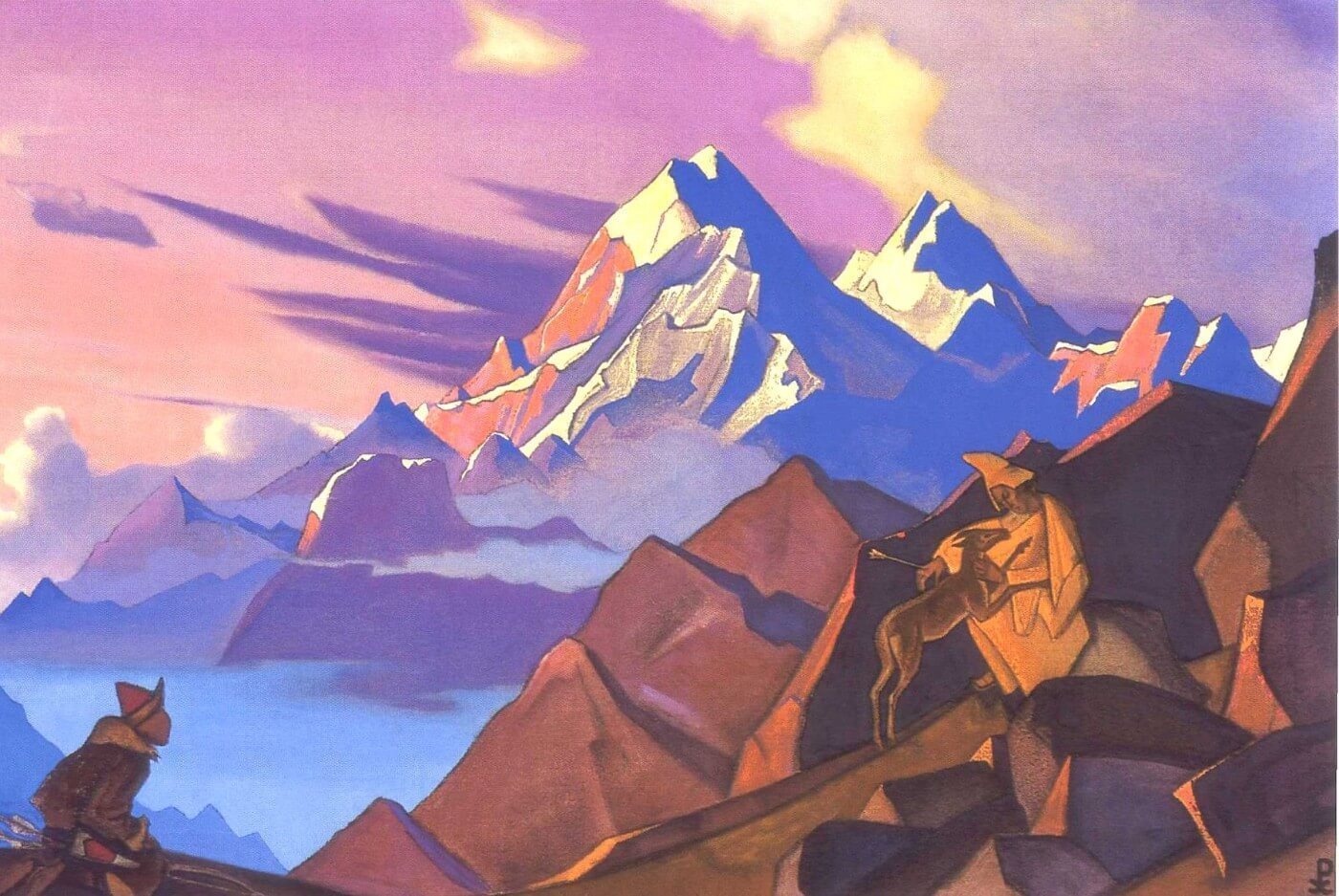 JUXTAPOETRY
The Quality of Mercy

In the face of catastrophe and massacre, two poets turn and speak to God. One, in Yiddish, asks God to mercifully turn away from her people, to spare them the torments that come with chosenness. Another, in Arabic, asks God for forgiveness, while wondering whether forgiveness exists.

Merciful God,
Choose, for now,
another people.
We are tired of dying, tired of the dead.
We have no more prayers.
Choose, for now,
another people.
We have no more blood
to sacrifice.
Our house has become a desert.
There’s no space on earth for our graves,
no more lamentations for us,
no more mourning songs
in the old holy books.

Merciful God,
sanctify another land,
another mountain.
We have darkened
every field and every stone
with ash, with holy ash.
With the elderly
and with the young,
and with infants we have paid
for each letter in Your Ten Commandments.

Merciful God,
lift Your fiery brow,
and see the peoples of the world –
Give them the prophecies and the Days of Awe.
They are jabbering Your Word in every tongue –
Teach them the Deeds
and these trial-filled paths.

Merciful God,
Give us the humble clothing
of shepherds with their sheep,
of blacksmiths with their hammers,
of washerwomen,
of skinners with their hides
and lower still.
And do us one more act of lovingkindness:
Merciful God,
Take back what is godly from our genius. 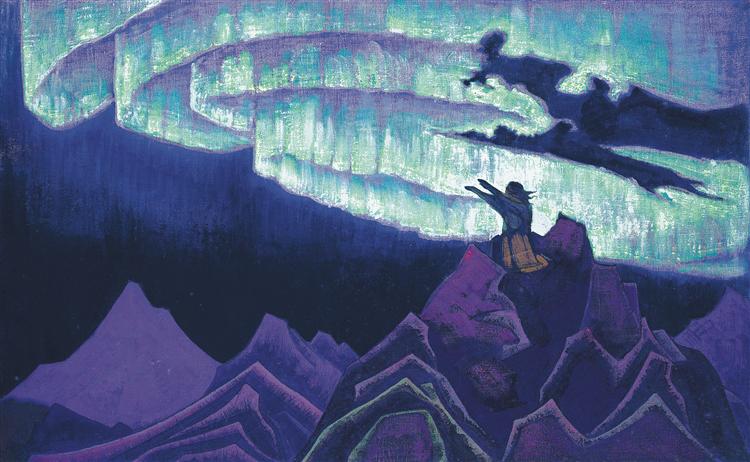 Kadya Molodowsky (1894–1975), was a notable Yiddish poet in interwar Poland and then, after her emigration to the United States, in New York from the mid 1930s until her death. Her pre-war poetry frequently touched on themes of women’s sensuality, Eastern European Jewish folklore, and the relationship of immigrants like herself to the homelands they left behind.

In the aftermath of World War II, Molodowsky, like many Yiddish writers around the world, was left to take in the catastrophic human and cultural destruction of genocide, and to contemplate what the future could possibly look like. The poem, “אל חנון” (El Khanon, “Merciful God”), first appeared in Molodowsky’s 1946 collection דער מלך דוד איז אליין געבליבן (King David Alone Remained).

In this poem, the generally secular Molodowsky repeats a traditional Jewish epithet for the divine, often used in prayer: “Merciful God.” There is some irony in this choice, given the merciless bloodshed that has taken place, and Molodowsky’s assertion that “We have no more prayers.” But the tone of “Merciful God” is not accusatory, nor does it attempt to tackle the question of theodicy — why God permits the existence of evil in the world — that would consume generations of “Holocaust theologians.”

Instead of asking why God has seemingly abandoned the Jews of Europe, Molodowsky prays for a definitive abandonment, that God choose another people and leave the Jews alone. This “chosenness” — invoked and blessed in so many Jewish prayers — has become a curse: “We have darkened / every field and every stone / with ash, with holy ash….We have paid for each letter in your Commandments.” Molodowsky’s mention of deserts and sacrifices evoke Biblical scenes, implying that Jewishness and suffering have gone hand and hand since the time of Moses.

With some humor, Molodowsky asks God to notice, for once, the other peoples of the world — “They are jabbering Your Word in every tongue.” Here Molodowsky uses the unique Yiddish verb preplen, which rather derogatorily describes the prayers of non-Jews, as opposed to the Jewish davnen. It’s as if Molodowsky is suggesting that, since the gentiles have been so jealous of the Jews to the point of appropriating their God, perhaps God should finally just “choose” them, so they can share in the martyrdom that has fallen time after time to the Jews.

The final stanza considers what is to happen to the Jews themselves, once God has left them for another chosen people. The occupations that Molodowsky mentions — shepherds, blacksmiths, washerwomen, skinners of cowhide — were of course held by certain Jews in traditional Eastern European society, but carried stigma: Jewish tanners in Molodowsky’s native region, for instance, often had to form their own synagogues, because other Jews complained of the tanners’ smell.

This vision of Jews embracing manual labor is a reflection of Molodowsky’s Zionism, with its ideal of transforming the weak, intellectual “ghetto” Jew into a new, “muscular” Sabra. But in the poem’s turn, featuring one of the most difficult-to-translate lines in Yiddish poetry, the poet expresses some hesitation, or perhaps recognizes the impossibility of her wish. “Nem tsu fun undz di shkhine fun geoynes.” “Shkhine” refers to the presence of God, while “geoynes” is a the quality of genius (such as that held by Rabbi Elijah of Vilna — the “Vilner Gaon”).

In connecting these two concepts into one unforgettable phrase, Molodowsky is recognizing that such a break with Jewish history — after which the Jews resemble merely another nation among nations — comes at a momentous cultural and potentially moral cost.

Samih Al Qasim (1939–2014) grew up in a Druze family in the Palestinian town of Rameh, in the Galilee, where he and his family remained after the Israeli Independence and Palestinian Nakbah of 1948.

Over the subsequent decades, during which Palestinian citizens of Israel lived under continuous martial law, Al Qasim and other poets such as Mahmoud Darwish performed their poetry at popular gatherings in the Galilee that served as sites of Palestinian cultural and political resistance. Al Qasim was jailed for his refusal as a Druze to join the Israeli military, and at the outbreak of the 1967 war he joined the Israeli Communist Party, serving as editor for its Arabic-language publications. He worked for the rest of his life as an Arabic-language poet and journalist.

“إلهي انا متأسف” (Ilahi Ana Muta’asif,  “My God, I Am Sorry”) was published in a 2009 collection, in the last decade of Samih Al Qasim’s life. The poem is likely a response to the 2008–2009 Gaza War, though it could easily have been written after the bombardments and mass civilian casualties of Gaza in 2014 or 2021. Unlike the fiery nationalist verse of his youth, or the masterfully short poems he is perhaps best known for in English translation, “My God, I Am Sorry” takes the form of a long, lonely soliloquy between an aging poet and his god.

Even if you do not know any Arabic, I suggest that you listen to the recording of Al Qasim’s reciting his poem, both so you can hear his impassioned performance and also to appreciate the melodious rhyme that does not come through in my English translation. The poet prays for God to set upon the incoming rockets and missiles with “wings of destruction” (janāḥ al-halāk) so that “wings of angels” (janāḥ al-malāk) may descend to earth instead.

Unlike Kadya Molodowsky’s address to God, in which she uses the first person plural to speak collectively for the Jewish people, Al Qasim speaks his apology in the singular. He prays, despite recognizing — like Molodowsky — that faith has come with a cost. The lines “My father’s country has become a graveyard. / The houses of the believers — ruins. / The gardens of the believers — deserts” sound almost like a direct echo of Molodowsky’s “Our house has become a desert. / There’s no space on earth for our graves…”

Despite no direct reference to his homeland, Al Qasim’s landscape is easily read as Palestinian. The list of ruined trees sounds almost mythical, but they are also reflective of a Palestinian reality: the continued destruction of fruit trees by Israeli settlers and military signifies both an attack on Palestinian livelihoods and symbolic violence against their connection to the land.

Of all the poem’s haunting images, I am most struck by the sheep dying in the poet’s arms, especially when considered alongside Kadya Molodowsky’s request to grant the Jewish people the clothing of shepherds. Must the Palestinian shepherd live in wretchedness, his sheep dead and his pasture poisoned, so that the Jewish shepherd might live “simply,” his security perilously won by sacrificing what his godly from his genius?

The poem ends with many repetitions of “I am sorry.” What is the poet sorry for — his actions or inactions? Those of others? The state of the world and of humanity? His own helplessness? As he himself admits, he is not even sure that forgiveness exists, even as he prays to a God he affirms (or hopes) is “forgiving, merciful and just.” But contrition can be real and cathartic, though it may never lead to forgiveness, and even if no prior prayers have succeeded in turning missiles into angels’ wings.

Sometimes, as Molodowsky and Al Qasim have shown, what we ask of Heaven is what we are unable to ask from our fellow humans, or what we are afraid they might do in an ungodly way.

My God, I am Sorry

To God I lift my eyes,
I raise my heart and my hands.
Oh Lord.
I have felt sadness, such sadness.
Orphanhood has worn on me.
The fire has withered my seed and my teat.
I have wept, such weeping,
and I have turned my face
towards the light of Your throne,
Oh Lord…
The peoples streamed over me,
and the roads filled up before me.
I pled, I prayed my hoarse supplication.
My springs of water ran dry,
my cry let loose,
my candles were set aflame.

Pardon my weeping
and dry my tears.
My darkness is thick
and my night is heavy and long.
Refine me with the light of heaven.
Renew my lustre,
defray my sin,
so that I may traverse my exile.
Oh Lord, forgive —
forgive me my trespasses,
and accept my request.

I have been so wretched.
My robe is fraying.
The cold of this gloom is ruthless,
the heat of this surrender is loathsome.

Oh Lord, bless this volcano of my soul.
Sooth my wounds.
Dignify with your time
what remains of my time.
My God — and there is no god but You –
My pasture has narrowed with the grass of wicked poison.
My sheep have died in my arms.
Rocks have piled up over my wells.

How can you sniff out my grief and my weakness?
And how can you divulge my fear of them? My fear…
My God – and there is no god but You —
I see You in my heart and in my soul I see You.
And You see me walking with bound feet.
My father’s country has become a graveyard.
The houses of the believers – ruins.
The gardens of the believers – deserts.
Their schools — disgrace.
Their sorrows — a rainy darkness.
My God,
My God – and there is no god but You –
I have asked for your approval.
I have requested your approval.
I have pled and prayed:
Grant me your approval,
and set upon the missiles,
and set upon the rockets
with wings of destruction,
and bring down upon us the wings of angels. 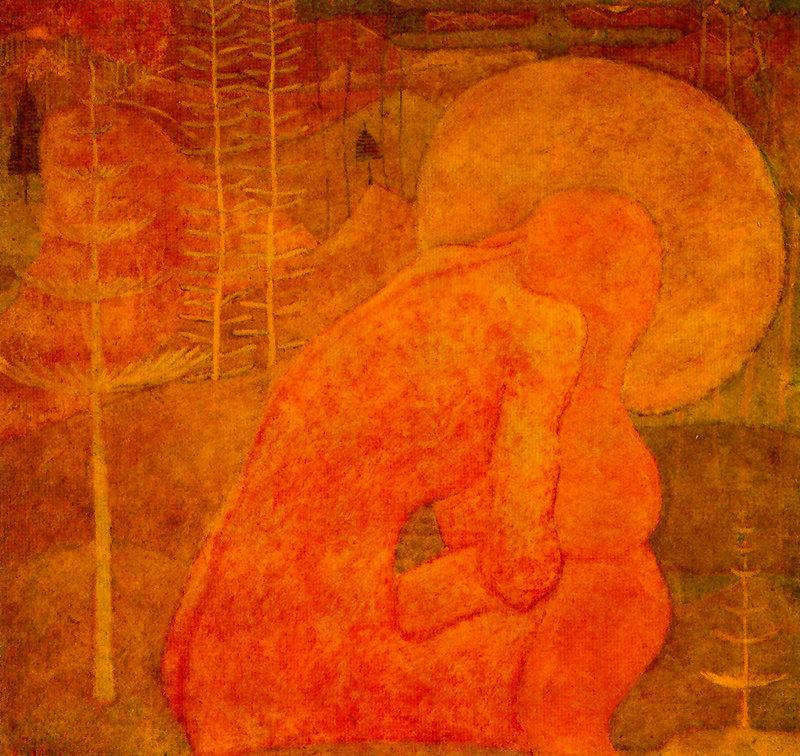