In this edition of Juxtapoetry, we are juxtaposing poems by Anna Margolin and Langston Hughes, two writers whose careers were geographically and temporally close to one another, but who came from very different cultural worlds and wrote in different languages. In just a few lines, both poems manage to span a great expanse of time and space, offering dizzying and unique perspectives on identity and history.

I Was Once a Handsome Boy

I was once a handsome boy,
heard Socrates in the porticos,
my darling, my bosom-buddy,
had Athens’ most stunning torso.

There was Cæsar. And a bright world
built of marble, the last was I,
and selected as my wife
was my proud sister.

Rose-wreathed, over wine, all night through,
I heard in the highest of spirits
about that weakling from Nazareth
and wild stories about Jews

Listen a musical interpretation of this poem by Manifesto Klezmer Band

Anna Margolin was the pen name of Rosa Lebensbaum. Born in the city of Brest-Litovsk (Brisk in Yiddish) in 1887, she immigrated to New York as a young woman, where she became involved in the bohemian Yiddish art and literature scene of the 1920s. Her poem “איך בין געווען אַמאָל אַ ייִנגלינג” (“I Was Once a Handsome Boy,” in Maia Evrona’s English translation) appeared in 1929 in Lider, the only collection of poetry she published in her lifetime.

“I Was Once a Handsome Boy,” displays a cosmopolitanism and worldly awareness that one also finds in Margolin’s poems about her hometown of Brisk and her adopted home of New York City. However, the scope of the poem goes well beyond Margolin’s lived experience: the poetic voice transfigures itself amidst the splendor and decadence of Greco-Roman antiquity. The poem’s language – both in its rhyme scheme and its ambiguous vocabulary and syntax – has posed challenging questions for readers and translators alike. For one, does the “yingling” (youth or lad) of the title and first line refer to a youth of non-specified gender, or specifically to a boy? Is the narrator saying that he or she was Caesar, or just a contemporary?

The reader is left to grapple with the vague perspective and also the implicit illusions to homosexuality and incest. There is something bold about a Yiddish poet daring to imagine herself in a cultural milieu characterized in traditional Jewish literature as anti-Jewish (and yet which in its own way had a substantial cultural and philosophical impact on the development of Judaism).

The poem’s ending shows the impossible height of this exercise in historical empathy. Margolin and her reader know the inaccuracy and irony of calling Jesus “the weakling from Nazareth” and giving credence to “wild stories about the Jews,” but a 1st century Roman emperor certainly would not have known this. Still, we can read “I Was Once a Handsome Boy” as a provocative statement by a Jewish woman poet that her gender and ethnicity could not limit her poetic imagination.

Langston Hughes first published “The Negro Speaks of Rivers” in 1921 in The Crisis, the magazine of the NAACP, edited by W.E.B. DuBois. Later that decade, Hughes would include the poem in The Weary Blues, his first volume of poetry.

Hughes wrote “The Negro Speaks of Rivers” as a young man traveling by train to meet his estranged father in Mexico, and partially characterized the poem as a response to his father’s internalized racism and scorn for other Black people.

As was often the case with his work, the title of Hughes’ poem imbues it with an additional layer of lyrical power and political meaning. Whereas Margolin speaks in her poem as one or several individual albeit generic historical characters, Hughes speaks with the collective singular “I” representing a global Black identity, enriched and “deepened” by its historical experience and even by its geographical dispersion.

The poetic voice speaks of four rivers on three continents, evoking the Biblical rivers of paradise, the spiritual symbolism of rivers in countless world traditions, and the importance of rivers in the development of human civilization, for which Black people have been historically denied credit and agency. Hughes seamlessly transitions from the pyramids above the Nile to a more recent memory-mythology of “the singing of the Mississippi when Abe Lincoln / went down to New Orleans,” drawing the reader back to confront the contemporary African American reality and the legacy of slavery in the United States. The poem’s recapitulation is an homage to the resistance and resilience of Black people, who have outlived every passing civilization and oppressive system in human history.

Nigerian writer Onwuchekwa Jemie’s 1973 analysis of the poem could apply just as well to Langston Hughes’ time as to our own:

“In a time and place where black life is held cheap and the days of black men appear to be numbered, the poem is a majestic reminder of the strength and fullness of history, of the source of that life which transcends even ceaseless labor and burning crosses.”

To bring the worlds of the two poems together, Anna Margolin seems to have daringly inhabited the persona of Nero while Rome burned. Meanwhile, Langston Hughes points to the nearby River Tiber flowing ever onward, like all rivers, “older than the / flow of human blood and human vein” and all human follies and human conceits.

The Negro Speaks of Rivers

I bathed in the Euphrates when dawns were young.
I built my hut near the Congo and it lulled me to sleep.
I looked upon the Nile and raised the pyramids above it.
I heard the singing of the Mississippi when Abe Lincoln
went down to New Orleans, and I’ve seen its muddy
bosom turn all golden in the sunset. 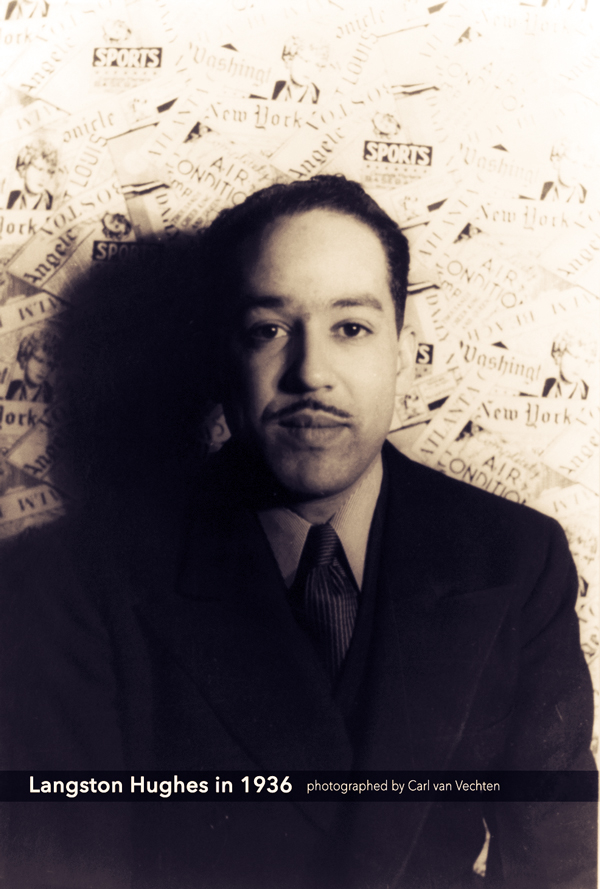 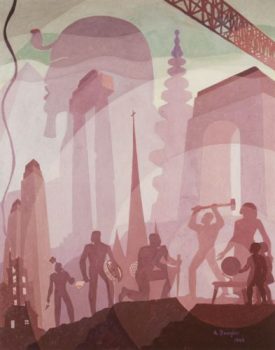 “I was once a handsome boy,” translated by Maia Evrona, Tupelo Quarterly

Langston Hughes, “Try to Praise the Mutilated World” from Without End: New and Selected Poems