Refusing to Be Claimed

In this Juxtapoetry, Belarusian poet Ianka Kupala and American Young People’s Poet Laureate Naomi Shihab Nye examine how we view the strangers in our midst, how we classify them, and what we ask of them.

What Sort Are You?

Listen to a musical setting of Ianka Kupala’s “What Sort Are You?” by the Belarusian rock band Lyapis Trubetskoy and a recitation of the poem by Kiryl Kurak of the Republican Theater of Belarusian Drama in Minsk.

Ianka Kupala was the pen name of Belarusian-language poet and translator Ivan Daminikavich Lutsevich, born in 1882 in the Vilna Gubernia of the Russian Empire (modern day Minsk Region of Belarus). Spending his life mainly between Minsk, Vilnius, St. Petersburg and Moscow, Kupala’s career spanned the 1905 and 1917 Russian revolutions and World War II. He championed the literary use of Belarusian at a time when it was widely considered a peasant language and unsophisticated compared to Russian and Polish.

While much of Kupala’s poetry contains elements of Belarusian romantic nationalism (which nearly caused him to be purged in the 1930s Soviet Union), his short 1908 poem “Хто ты гэткі?” (What Sort Are You?) actually paints a complicated picture of peasant identity. The poem takes the form of questions and answers between two speakers, bringing to mind a census taker, ethnographer or religious catechist. When asked what “sort” he is, the respondent replies with the ambiguous word: “tuteišy.” The word derives from the Slavic word “tut,” meaning “here.” “Tuteišy” has the meaning of “local,” but also refers to a personal identity rooted to a specific place, instead of being based on an abstract nation, an ethnicity, a religion or even a language. As late as the 1931 Polish census, over 700,000 people used the term tuteiszy to refer to their native language, i.e. the language spoken here.

Throughout Kupala’s poem the Tuteišy speaker defies simple categorization, going so far as to say he was baptized “on the roadside” and anointed “with blood, with sweat.” The reader of the poem might ask what the speaker means when he says he does not want to be “cattle.” Is he talking about the dehumanization of economic exploitation and imperialism? Or is he also suggesting that ethnic and national labels are nothing more than “brands” on cattle? The “better lot” he wants is fundamentally human, at once both universal and particular.

“Bread and salt” reminds the English-speaking reader of “Bread and Roses” (that poem was published just a few years after “What Sort Are You?”), but also evokes the pan-Slavic custom of ceremonially welcoming guests with gifts of bread and salt. Again, the Tuteišy speaks in simple, cryptic rhymes, without using verbs. We might conclude that his wish for “bread and salt” is a desire both for his own human dignity to be recognized and for the ability to honor others’ humanity in turn.

Palestinian-American poet Naomi Shihab Nye begins her poem “Red Brocade” with a bit of folk wisdom: “The Arabs used to say…” The “used to” casts a hint of nostalgia over the poem, regret over ways of being that have been lost.

The folkway being discussed here is hospitality, and the bygone norm for accommodating strangers (“feed him for three days / before asking who he is / where he’s come from, / where he’s headed”) seems extreme in the era of Airbnb and rampant homelessness in American cities. In this dictum there’s a recognition that questions of identity and personal history are inherently alienating, and can only be asked in an atmosphere of safety and trust. Strangers should be cared for because they are human; there is nothing they need to earn.

What makes Shihab Nye’s depiction of hospitality so striking are the details of the host’s offerings, which must have been taken from personal experience: “Rice? Pine nuts? / Here, take the red brocade pillow.” Shihab Nye could very well have included bread and salt in her list, since this is a traditional Arabic host’s offering as well, with the saying “there is bread and salt between us” (بيننا خبز وملح) indicating a close bond.

The second half of the poem considers our own rationalizations for not behaving in this way, including the modern catchall excuse for avoiding even our own friends: being “busy.” Shihab Nye calls it “the armor everyone put on / to pretend they had a purpose / in the world.” In this philosophy, our purpose as humans is to serve each other, and everything else is just pretense; we just need to “refuse to be claimed” by these pretenses. The image of the waiting plate reminds me of the Jewish custom of leaving a cup for the Prophet Elijah at the Passover Seder table, and the folkloric notion (made famous in a Y.L. Peretz story) that any stranger asking for food and shelter could be the revered Prophet himself. It is a widely-held value: there is also the Hindu concept of “Atithi Devo Bhava” – The Guest is God. But Shihab Nye’s hospitality is wordly, secular: the host’s only rewards are someone to have tea with, an opportunity to take off that heavy armor of busyness, and, potentially and invaluably, a new friend in a strange world.

As I thought about Naomi Shihab Nye’s “Red Brocade,” I imagined a different context for Ianka Kupala’s “What Sort Are You?”. Instead of the outsider entering the village and asking who its inhabitants are, what if he is standing at his own door, meeting the hungry traveler not with mint tea or bread and salt, but with questions like “What sort are you?” and “Where were you baptized?” So many in Eastern Europe and across the world have migrated to large cities and other countries in search of work and “a better lot.” In the process we’ve lost our connections to the “tut,” the “here” of the Tuteišy, and adopted the lenses through which modern societies categorize people and measure their worth, their friendliness, or their threat. Shihab Nye and Kupala remind us that we come from not-so-remote lineages of hospitality, and that all people need bread and salt and roses, to give and to receive.

The Arabs used to say,
When a stranger appears at your door,
feed him for three days
before asking who he is,
where he’s come from,
where he’s headed.
That way, he’ll have strength
enough to answer.
Or, by then you’ll be
such good friends
you don’t care.

Let’s go back to that.
Rice? Pine nuts?
Here, take the red brocade pillow.
My child will serve water
to your horse.

No, I was not busy when you came!
I was not preparing to be busy.
That’s the armor everyone put on
to pretend they had a purpose
in the world.

I refuse to be claimed.
Your plate is waiting.
We will snip fresh mint
into your tea. 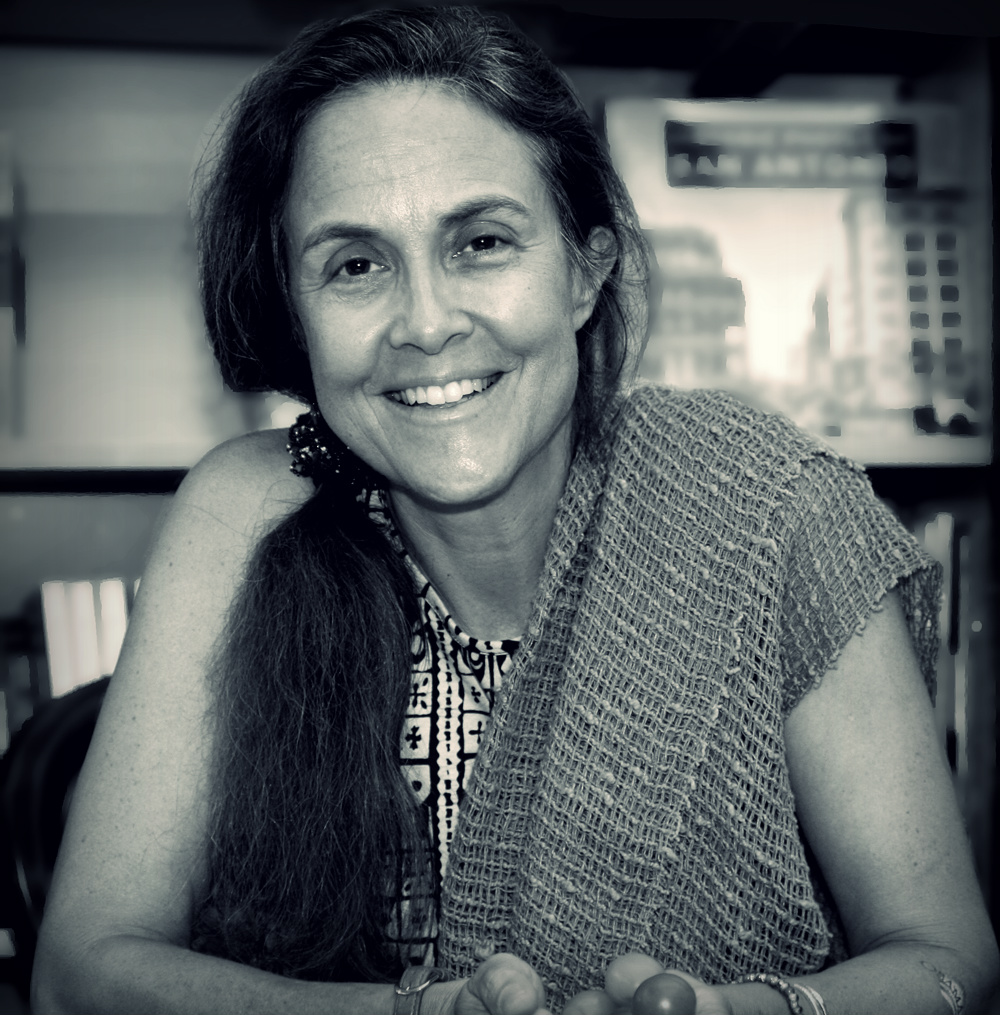 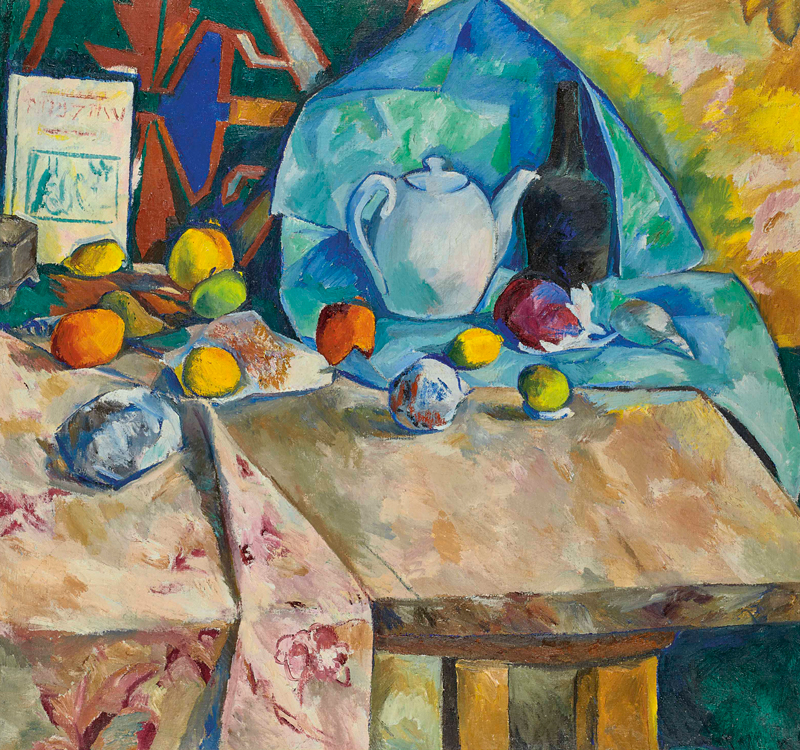