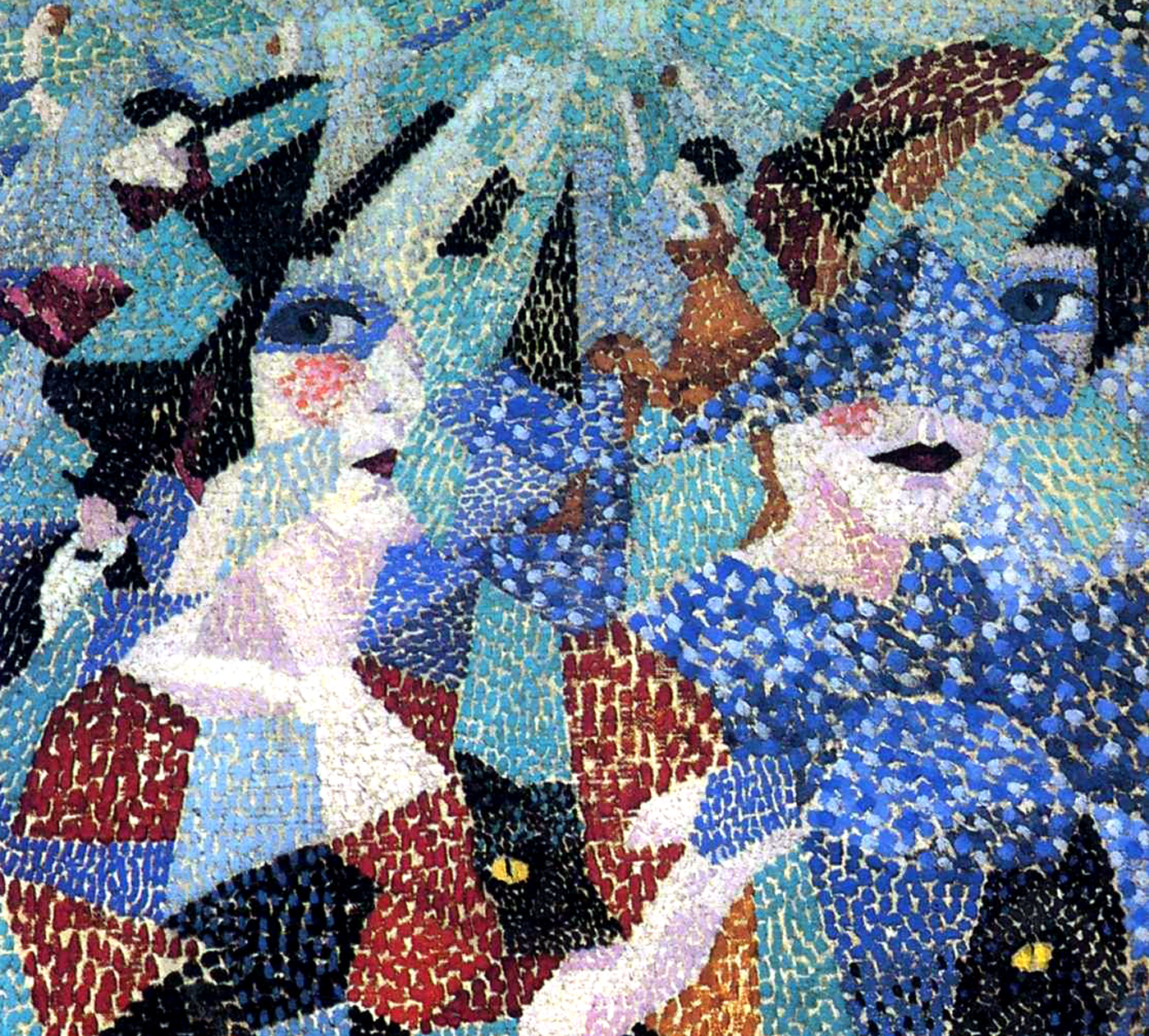 I am an acrobat,
and I dance between daggers
erected in the ring
tips up.
My lithe body — barely
touching the blades —
eludes death-by-falling.

They hold their breath
when they watch me dance,
and there is always
someone praying for me.
The tips shine in a fiery circle — no one knows
how much I’d like to slip.

I’m tired of dancing between you,
cold steel daggers,
I want — my blood warming
your bare tips —
to fall.

Hear a musical setting of Celia Dropkin’s “The Acrobat” by Anthony Russell and Dimitri Baskin of Tsvey Brider.

Celia Dropkin was born in Babruysk, modern-day Belarus, around 1887. While she initially wrote poetry in Russian, after immigrating to the United States in 1912, she began self-translating and writing original work in Yiddish. Her deeply personal and erotically-charged poetry went against the mores of the Yiddish poetic establishment, all the more so because she was a woman. “The Acrobat,” one of Dropkin’s most famous poems, is an effective persona poem as well as a metaphor for balancing sexual and other passions against the impossible standards of society.

The circus, a place where the defiance of death and the laws of nature are offered as light entertainment, has long attracted the poetic imagination. Celia Dropkin likely attended her fair share of circuses, both during her youth in Eastern Europe and in the United States. Her anonymous persona in “The Acrobat” (“Di tsirkus dame” or, literally, “the Circus Lady” in Yiddish) seems to embody the circus itself. To describe the knives that the Acrobat perilously faces in her work, Dropkin uses the rather unique word “kinzhaln,” borrowed from Russian and, in turn, from Turkic languages. The rhyme between this word and the verb “faln” (to fall) provides the poem’s central tension. The Acrobat’s relationship with death is asymptotic: in order to survive her act and entertain the audience, she must dance “barely / touching the blades.”

Dropkin only devotes two lines of the poem to the audience, which she portrays as absurdly naive: indeed, why would somebody willingly go to a circus and then resort to praying for the performers’ safety? And they are also ignorant of a less obvious paradox: the Acrobat’s secret truth, “how much I’d like to slip.” In the Yiddish, Dropkin uses a passive construction (“es vilt mir faln,”) to create some ambiguity about this desire. Maybe the Acrobat herself wants to fall, or maybe it is fate or some external force that drives her ever closer to the daggers.

It is physically and emotionally exhausting to practice this avoidance and draw out this tension night after night, performance after performance. The Acrobat yearns for the inevitable conclusion of her act, and addresses the knives directly: “I want — my blood warming / your bare tips —  / to fall.” Both the violence and sexuality of this ending are startling. Dropkin seems to be making a larger comment about women’s sexuality. Society objectifies women, expecting them to embody a particular kind of sensuality, yet the public breathlessly stares and prays that these women will not morally “fall.” Dropkin muses that maybe the social downfall — and, in the Acrobat’s case, death — of this total surrender is worth the once-in-a-lifetime moment of passion.

The Irish poet William Butler Yeats’ (1865–1939) “Crazy Jane” cycle of poems focuses on a rural peasant woman, allegedly based on a real-life acquaintance of Yeats, who offers bold and unconventional views on faith and sexuality. “Crazy Jane Grown Old Looks at the Dancers,” also addresses the tension between dance, sex, and death, but now from the perspective of a very unique audience member towards the end of her life.

As in Dropkin’s poem, this dance can be interpreted as either literal or metaphorical. The dancer’s “chosen youth” could be a literal male dancer, or some difficult life path that the young Jane chose. Even when the “chosen youth” looks like he is about to strangle the dancer, Jane, transfixed, cannot bring herself to object or intervene. Neither does she try to change the course of things when the dancer “drew a knife to strike him dead.” If we read this poem as Crazy Jane watching her life play out in the form of a dance, then she is either aware of her inability to change the past, or rationalizing her past decisions and actions. On a more literal note, the poem brings to mind a viral video of a 102-year-old woman named Alice Barker, watching herself as a young woman dancing in the chorus lines of films from the 1930s and 1940s. “Making me wish I could get out of this bed and do it all over again,” Barker says, and we believe that she, like Crazy Jane, “had danced heart’s truth.”

True to style, Yeats uses playful and unclear phrasing in his poem, both to create Jane’s unique voice and to cast it with a philosophical gleam. “For no matter what is said / They had all that had their hate” — I wonder if this means that the rapt attention of the audience made up for the bloody ending of the dance. Or perhaps that the dancer emerges morally victorious over her scornful viewers, for having “danced heart’s truth” in spite of them. Towards the end of her life, Crazy Jane cannot but help fixate on the risks and the outcome, yet she harkens back to a time when she could lose herself in the dancing: “God be with the times when I / Cared not a thraneen for what chanced…” Both “God be with…” and “thraneen” — a word derived from the Irish for “a stem of dried grass” — wonderfully encapsulate Jane’s folksy wisdom, accumulated over a lifetime.

The unexpected refrain that ends each stanza – “love is like the lion’s tooth” – evokes a dandelion (“dent-de-lion”), an unappreciated wildflower that in its maturity exposes its seeds for the wind to disperse. The “lion’s tooth” also takes us to Celia Dropkin’s circus, to that beautiful, mysterious, forbidden sharpness that surrounds the dancer. No one in the captive audience can begin to imagine her attraction to the blades, except perhaps for Jane, grown old, maybe not so crazy after all.

I found that ivory image there
Dancing with her chosen youth,
But when he wound her coal-black hair
As though to strangle her, no scream
Or bodily movement did I dare,
Eyes under eyelids did so gleam;
Love is like the lion’s tooth.

When She, and though some said she played
I said that she had danced heart’s truth,
Drew a knife to strike him dead,
I could but leave him to his fate;
For no matter what is said
They had all that had their hate;
Love is like the lion’s tooth.

Did he die or did she die?
Seemed to die or died they both?
God be with the times when I
Cared not a thraneen for what chanced
So that I had the limbs to try
Such a dance as there was danced —
Love is like the lion’s tooth. 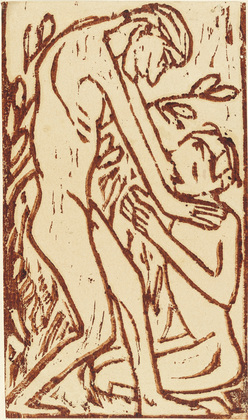 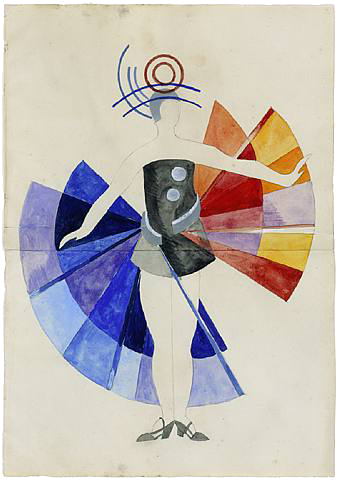 “The Acrobat,” translated by Faith Jones, Jennifer Kronovet, and Samuel Solomon, from The Acrobat, 2014. Used by permission of the translators and Tebot Bach Press.