Creators and Thinkers on the Borderlands

In May 2020 with the generous support of the Annenberg Foundation, Yiddishkayt announced the new cohort of Wallis Annenberg Helix Fellowships — a diverse group of 17 artists, activists, and scholars. This round of Helix had the most applicants in the nine-year history of the program and selected fellows were chosen on basis of exceptional promise and dedication to their fields. Over the next year they will embark on an immersive cultural studies journey in the borderlands of Central and Eastern Europe together. 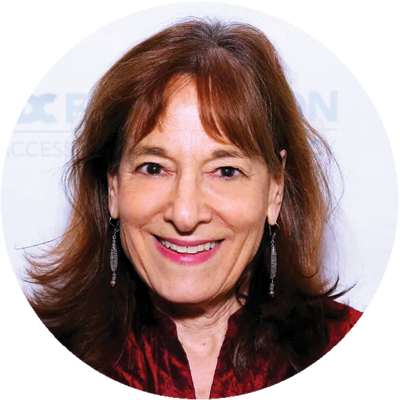 Growing up in a small Southern town, Pamela Berlin knew at an early age that she wanted and needed to explore the wider world. After much confusion and ambivalence in college about what career path to pursue she realized that making a life in the theater as a director would allow her to incorporate all the things she loved most: an abiding curiosity about human beings, the chance to explore many different cultures and subjects in depth, the opportunity to always be collaborating with other people (playwrights, actors, designers) and the challenge of being both a creator and an interpreter. She’s been doing it for almost forty years. 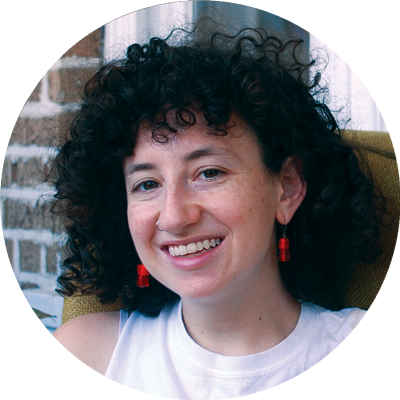 Sophie Edelhart is an organizer, archivist, and folklorist from San Francisco, California. She currently lives in New York City where she works as a researcher and tour guide of the Lower East Side. Recently, she completed a YIVO fellowship organizing Yiddish writer Chaim Grade’s papers. Sophie organizes with and serves on the leadership team of Jewish Voice for Peace-NYC focusing on reparations work and political education. She is an Oral History Fellow at the Yiddish Book Center and, beginning in the fall of 2020, will be pursuing an MA in Yiddish Studies at the University of Toronto. 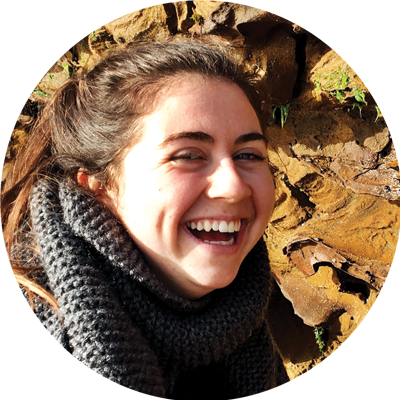 Ronnie Hecht was raised in a Mizrachi/Sephardi/Ashkenazi household in Irvine, California. Currently living in a purple commune in Los Angeles, she learned about intentional living structures in a Jewish, Socialist youth movement and, later, as a member of the Berkeley Student Cooperative. Throughout her time as a student at UC Berkeley, Ronnie had been interested in cooperative living and the ways in which culture and physical space interact with each other. Recently, she has been working at a preschool and organizing with IfNotNow. She appreciates rambling stories, making comics, and dancing. 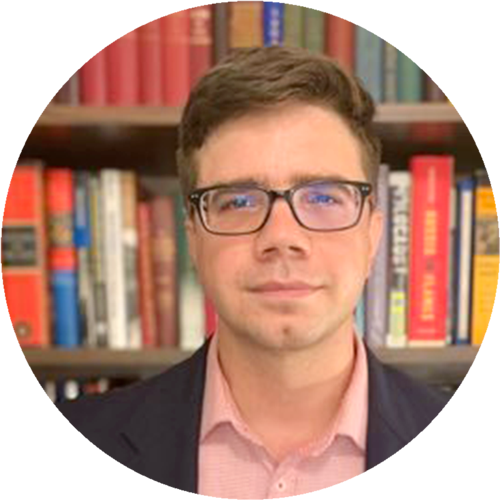 Joshua Meyers is a scholar of modern Jewish history. Having just completed a Harry Starr Fellow in Judaica at Harvard University, he completed his BA and MA in Jewish Studies at the University of Maryland and his PhD at Stanford University. His scholarly interests include the intersection between ideology and praxis, and the ways in which political leaders and communities attempt to reconcile the two. He is writing a book on the Jewish Labor Bund during the Russian Revolution. He also researches the role of emotions in history, the juncture between politics and faith, and the relationship between the Jewish Question and the Radical Idea. 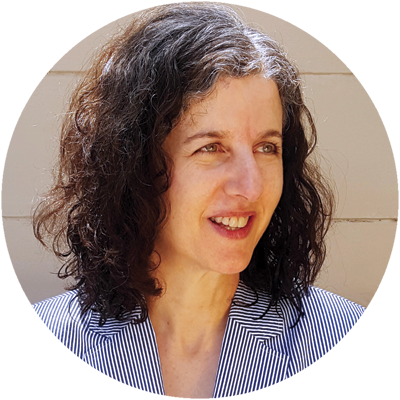 Linda Pollack is an LA-based artist, addressing issues of public space, civic life, architecture, and constitutional democracy. Linda studied studio art at the Jan van Eyck Academy in the Netherlands and the New Genres program at UCLA. At the European Cultural Foundation, she developed the Foundation’s first arts mobility fund for East and Western cultural cooperation. In response to the 2002 USA PATRIOT ACT, Linda launched My Daily Constitution, a public dialogue project exploring the political and moral framework of the American Constitution. The project has been held in Los Angeles, Indianapolis, Cincinnati, Seattle, Sacramento, and NYC, among other cities. 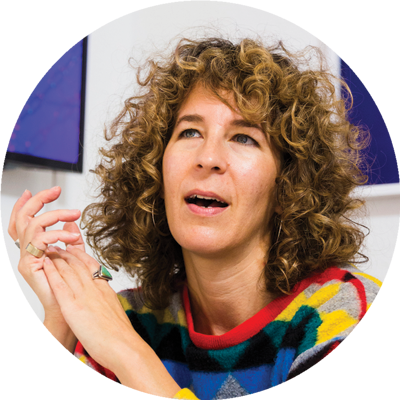 Julie Weitz is an LA-based artist, educator and activist primarily working in video, performance, and installation. Her experimental work, grounded in Jewish folklore, mysticism, humor and ritual, considers the psychological and somatic impact of digital media on our sense of selfhood and social identity. Weitz’s current project centers on her embodiment and portrayal of a futuristic folkloric humanoid, named My Golem. Created in 2017, the project has since evolved and in every iteration, the golem myth becomes an evermore broadly resonant tool for social, political and symbolic empowerment.

Eli Berman (they/she) is a non-binary composer-vocalist, improviser, and new instrument builder from Pittsburgh. She utilizes experimental vocal techniques among western classical, Jewish cantorial, Yiddish, Slovak, and Appalachian singing traditions to explore boundaries between bodies, time, and other materials. Eli recently graduated university, where she began developing her Xibuccal Instruments, a collection of electro-acoustic extensions of the human vocal tract that create a shared, collective vocal tract among singers. Eli aspires to create new instruments from Jewish vocal traditions and work as a professional teaching artist. 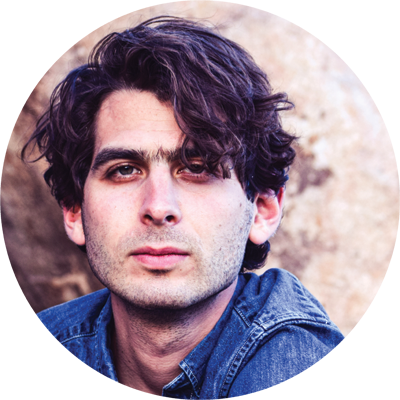 Jake Fertig is a New York-born and LA-based filmmaker and musician. From early viral comedy videos at Mashable and his independent feature film Howeds to his current Jewish history–inspired pop music project, Jake infuses comedy, rhythm and melody into stories that explore the relationship between personal and collective liberation. If trauma is really incoherence, as the psychotherapist Judith Herman suggests, and healing is the work of cohering truth through storytelling, Jake’s artistic aspiration is to create feature films and albums that articulate and heal. 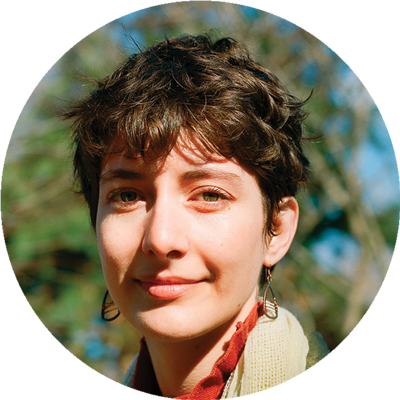 Anna Lublina was born and raised in Irvine, California to a Soviet-Jewish designer mother and Russian professor father. After studying art history at Reed College and teaching in Colombia, Anna moved to New York to pursue experimental theater. Their original works — spanning theater, dance, puppetry, and performance art — have been presented at St. Ann’s Warehouse, Judson Church, 14th St Y, and Bread and Puppet Theater, among other venues. Anna is also a teaching artist for Ping Chong + Company with a focus on puppetry, literacy, and collaboration across difference. 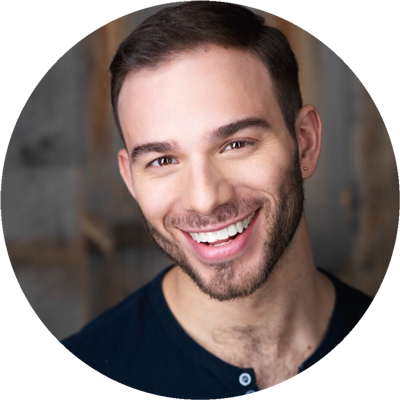 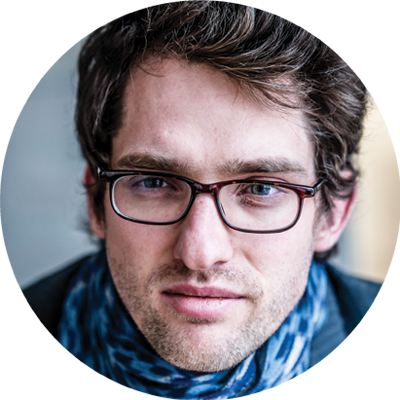 Mantautas Šulskus has an MA in Jewish Civilizations from Heidelberg, Germany, with a thesis on community leader Dr. Mendel Sudarsky, Folksblat and Kaunas' Jewish folkists. Mantautas also holds a MSc degree in Spatial Designs and Society from Roskilde University, Denmark, with a final project “Designing a Border no Longer a Border: a Case from the Polish-Lithuanian Borderland.” He has volunteered on a kibbutz in the Negev desert and considers himself to be an occasional artist. His poetry has been published in Lithuanian and Scottish press, a sculptural work was exhibited in Copenhagen. 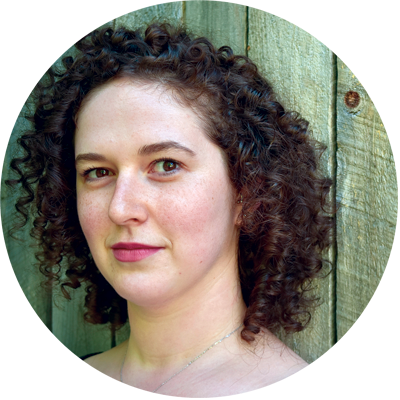 Born in Minsk, Belarus, Mariya Zilberman grew up in Maryland. She is a graduate of the Helen Zell Writers' Program at the University of Michigan. Most recently, her poems appear in Columbia Journal. Mariya has received fellowships and awards from the Hopwood Program, Vermont Studio Center, Community of Writers, InsideOut Literary Arts, Yiddish Book Center, and Asylum Arts. Her reporting has been recognized regionally by the Maryland-Delaware-D.C. Press Association and nationally by the Society of Professional Journalists. She lives in Ann Arbor and is working on her first poetry collection. 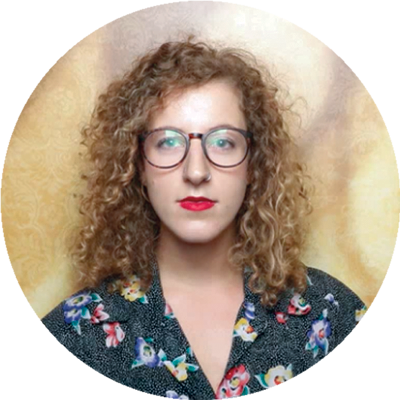 Born and raised in Seattle, Natalie Dupille is an artist from a family of creatives and has honed her work through intensive personal discipline and study. Natalie became deeply involved in Seattle’s comics community through the Short Run Comics and Arts Festival. Her comics have appeared in The New Yorker, WIRED, The Washington Post, and The Stranger, among others, and her books include In Spite of Ourselves, Fried Bananas, Total Lunarcy, and October Diary. Natalie was also the inaugural artist at the Pacific Science Center’s Artist-in-Residence program, during which she collaborated with planetary scientist Erika Harnett on Total Lunarcy. 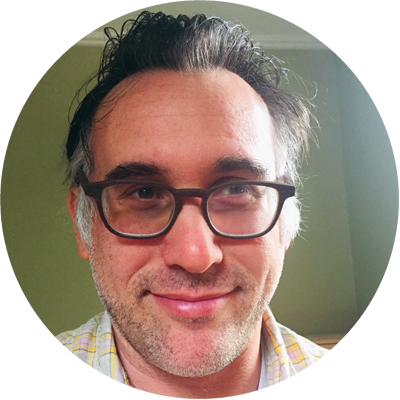 Asaf Galay uses documentary to rethink Jewish relationships with modern culture. His films include The Adventures of Saul Bellow which won the Ken Burns/ Library of Congress Prize, The Hebrew Superhero, examining the development of comic books in Israel, and The Muses of Bashevis Singer, about the female translators who transformed the career of the Nobel prize-winner — the opening selection of the 2015 New York Jewish Film Festival. Asaf is curator at Tel Aviv's Beit Hatfutsot, the Museum for the Jewish People and head curator of numerous exhibits on Jewish popular culture. 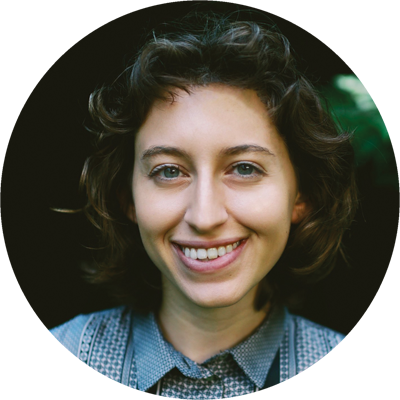 Originally from New Haven, Connecticut, Shoshana Lovett-Graff holds a BA in Literature from New College of Florida, and has worked in the Jewish nonprofit sector since 2017. She is the 2020-21 Project Director for Reset, helping activists connect to accessible spiritual practices and in-depth spiritual learning opportunities. Over the past few years, Shoshana has held roles in Books Through Bars, Never Again Action, SalamTalk, and is a founding editor for Toho Journal, a Philadelphia literary and arts magazine. 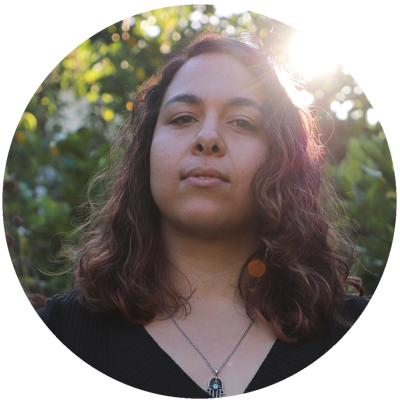 Rebecca Pierce is a Black Jewish writer and filmmaker based in the San Francisco Bay Area. Currently an Affiliate Fellow at Harvard Divinity School's Religion, Conflict, and Peace Initiative, she also co-edits the Unruly Blog, a Jews of Color-run publication connecting social justice struggles globally. In 2019 she was listed as one of JTA’s “50 Jews to Follow on Twitter” and was named one of “40 Woman to Watch” by The Tempest Magazine. Rebecca uses diverse art forms like documentaries, essays, plays, narrative filmmaking, and sketch comedy to promote intercultural understanding and bring hidden histories into public consciousness. 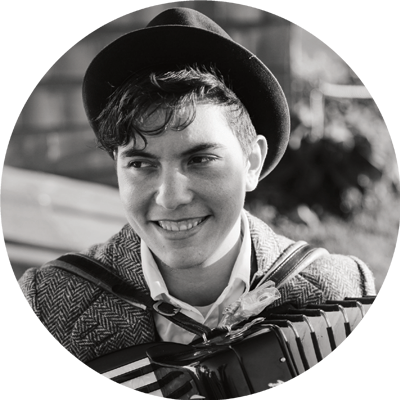 Ira Khonen Temple creates music that is a doorway between past, present and possible futures. As a multi-instrumentalist, songwriter, and embedded cultural organizer, Ira creates Jewish culture that is politically fresh, relevant, and un-nostalgic while building connections between languages, communities, and time periods. Ira was the accordionist in Fiddler on the Roof in Yiddish, and Music Director of Indecent at the Weston Playhouse, and is a founder of the radical-traditional Yiddish music group Tsibele. Ira aspires to build an artistic community that prioritizes relationship-building as a practice of cultural resistance.

Spotlight on White Russia|Belarus • Where Have Fellows Traveled ?