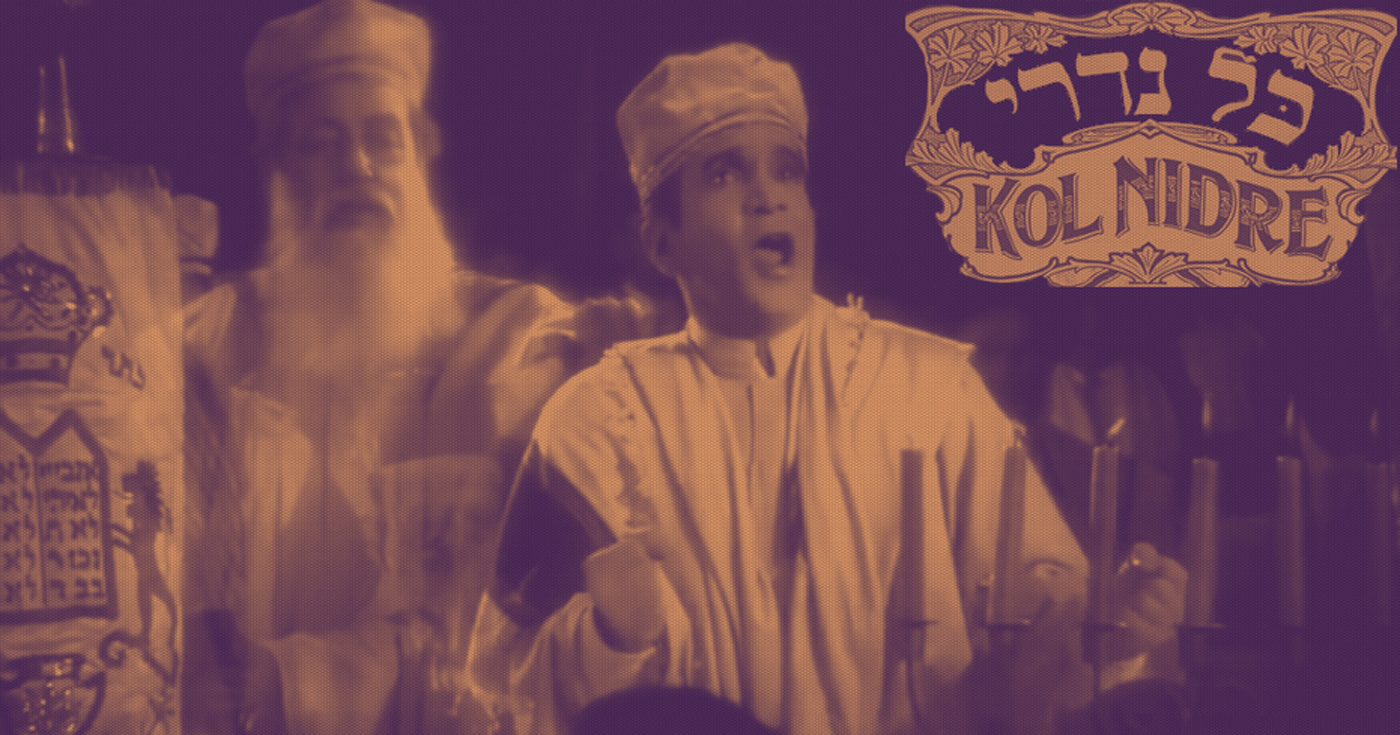 As masses of Jewish immigrants poured into the United States in the early years of the twentieth century, a burgeoning business of ethnic music recording was there to greet them. The Victor Talking Machine Company produced hundreds of recordings of Jewish music for the victrolas of new immigrants, including several of classic Jewish New Year liturgical strains, such as this 1913 recording of Kol Nidrey by Cantor Josef Rosenblatt. Kol Nidrey would eventually find its way into American cultural history, appearing in the first sound film, The Jazz Singer.

Yiddishkayt’s own khazones critic, Anthony Russell writes the following about the Rosenblatt recording:

“What is it about old cantorial recordings of Kol Nidrey that turns me into a sudden synesthete? In their crackling, disembodied voices I see the sepia of images of khazns past, the mellow ivory and charcoals of old taleysim and the vague colors of a faded parokhes and a worn yonteftsayt bima cover. Do these things, with their dear and musty tones, exist for the voices, or do the voices exist for them? There is no answer but yes.”