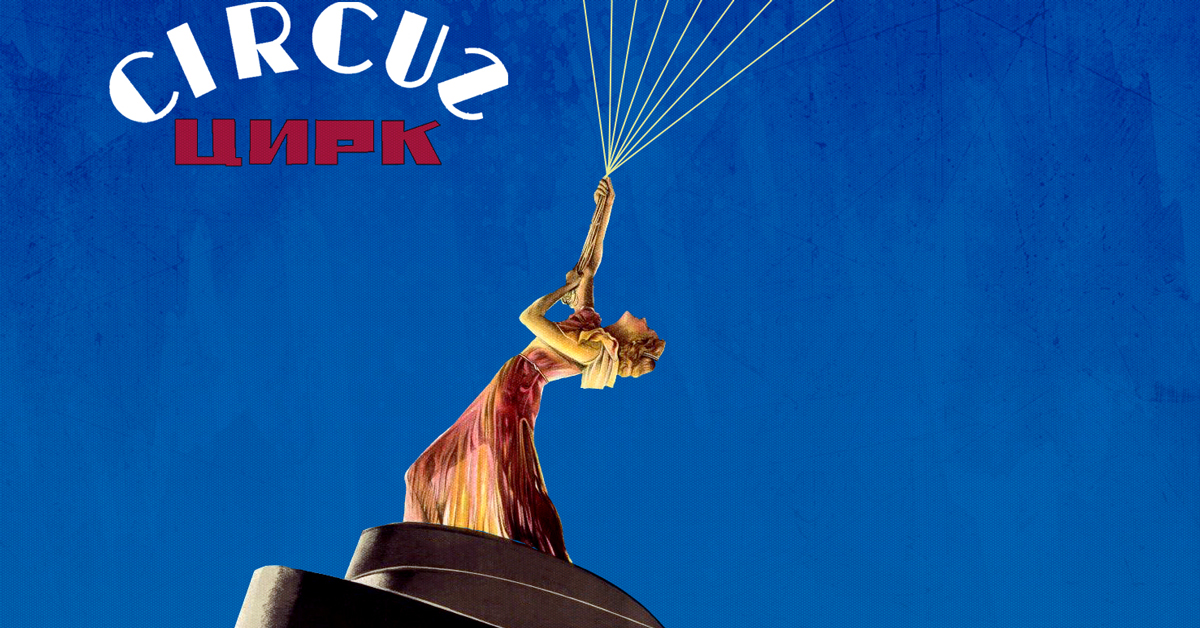 A Circus in Stalin’s Shadow

On Grigori Aleksandrov and Moyshe Kulbak 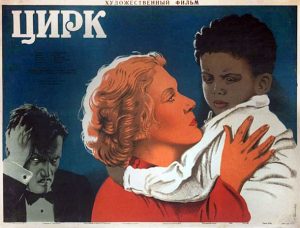 On Friday I participated in a screening of Grigori Aleksandrov’s spectacularly entertaining film Circus (1936). I use the word “spectacularly” advisedly — the film is a proper spectacle, not simply because its subject is “the greatest show on earth,” but because it was meant to rival anything Hollywood, the Babylon of Showbiz, could produce. Cinematically, it really is the Soviet answer to Busby Berkeley; but the political challenge it poses to the United States is more serious and more direct. For those unfamiliar with its plot, it’s enough to say that the film stars Alexandrov’s wife, Lyubov Orlova — the darling of the Soviet screen, and Stalin’s favorite actress — as the mother of then three-year-old James Patterson, the real-life son of an African American immigrant to the USSR. As I mentioned in the panel discussion after the screening — in which I was joined by Slavists Sasha Razor and Sarah Valentine, as well as Yiddish scholar Rob Adler Peckerar, who organized the event — the mind reels at the thought that Circus came out a year after Triumph of the Will, and three years before Gone with the Wind. . . . 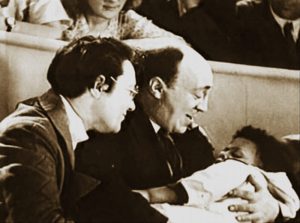 Star of the Yiddish stage Shloyme Mikhoels with the toddler actor James Patterson in Circus (1936).

But, of course, the story isn’t all bread and circuses, as it were. The shadow of Stalin’s purges hangs over the screen, and the leader’s face appears at the end, on a banner above the marching masses. The authors of the screenplay — Ilya Ilf, Yevgeny Petrov, Valentin Katayev, and Isaac Babel (Odessans all, you’ll note) — all refused to have their names appear in the credits. Babel would be purged in 1940, and the great Soviet Jewish actor Shloyme Mikhoels, who sings a lullaby in Yiddish to little Jimmy Patterson at the end of the film, would be killed on Stalin’s orders in 1948; his scene was cut from later prints of the film.

Rob, who runs the organization Yiddishkayt here in Los Angeles, has given a great deal of thought to the conflicted legacy of Soviet antiracism and Stalinist antisemitism, not only as a scholar, but also as translator. Just this month, the fledgling Naydus Press has released his brilliant version of the Yiddish poet Moyshe Kulbak’s Byronic mock-epic of Weimar-era Berlin, Childe Harold of Dysna (1928-1933), which was written in Soviet Minsk. As I say in my brief introduction to the book:

It was in Minsk that Kulbak once again looked backward — this time not to his Belarusian childhood, but to his wild days in Berlin. And it is Minsk that accounts for that key element of Childe Harold that I have not yet addressed: the tension between its exuberant Expressionistic imagery and ribald, ironic Byronism on the one hand, and its heartbreakingly heartfelt leftism on the other. For Kulbak’s poem is as rich in its rage at police brutality and disgust at bourgeois hypocrisy as it is lavish in its style:

France has steel that’s stainless,
Belgium coke and Germany lead.
So often the worker wracked by pain is
Led to the abattoir, left for dead.
The old prisons have devoured us,
Just like you, O Fatherland Great,
Neukölln sings its hate. […] 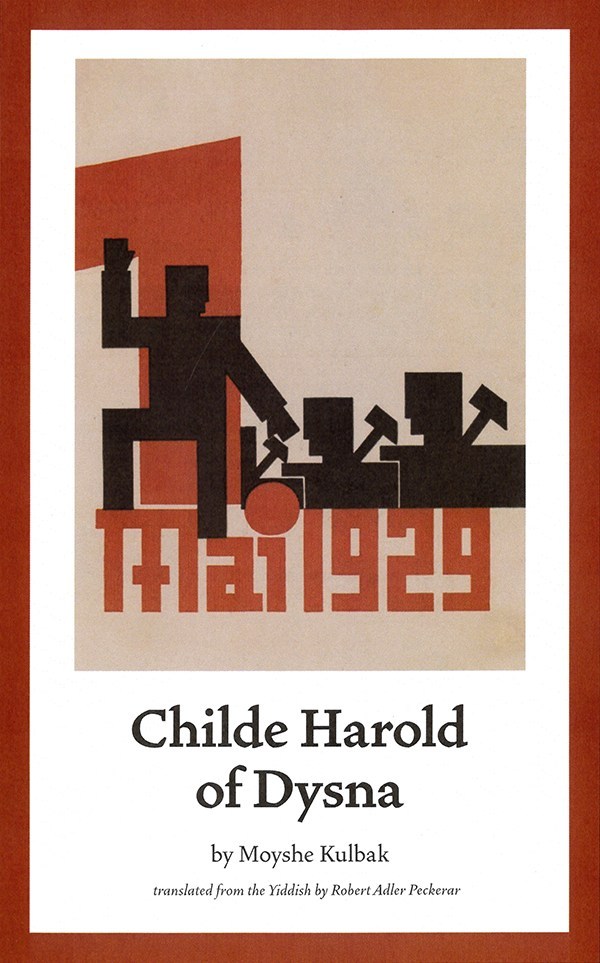 The last sound we hear is that of the radicals, “the last of wolves that bay / In the ruins of the system.”

Tragically, like Babel and Mikhoels, Kulbak did not survive the Stalinist era. He was killed in 1937, a year after Circus was released. But thanks to Robby, the poet’s wild Childe Harold has a new lease on life in English.

I keep telling my friend he ought to do more translating… And he seems to be taking the noodging to heart; the version of Circus we screened was furnished with his excellent subtitles.

You can watch the film, with somewhat less engaging subtitles, here.

And if you want to learn more about it, Meredith L. Roman offers a fascinating new perspective in the epilogue to her recent study, Opposing Jim Crow: African Americans and the Soviet Indictment of U.S. Racism, 1928-1937.

BORIS DRALYUK IS A LITERARY TRANSLATOR AND THE EXECUTIVE EDITOR OF THE LOS ANGELES REVIEW OF BOOKS. HE HOLDS A PHD IN SLAVIC LANGUAGES AND LITERATURES FROM UCLA, WHERE HE TAUGHT RUSSIAN LITERATURE FOR A NUMBER OF YEARS.
THIS POST ORIGINALLY APPEARED ON HIS BLOG.